Integrative Cancer Care:
The Power of Being Informed

For Beyond 50's "Natural Healing" talks, listen to an interview with Dr. Adam McLeod. He is back on the program.  Internationally recognized as Adam Dreamhealer, he has helped many to heal through his spiritual abilities using visualization and energy medicine.  Dr. McLeod will talk about integrative oncology, which he specializes in as a naturopathic doctor in British Columbia.

Learn from him about evidence-based natural therapies, from Hyperthermia to Mistletoe,  that are available and how they can be used in an integrative cancer setting.  He wants those with cancer to become an informed patient and get involved in their own healing.

The Myth of the Alkaline Diet - Eating alkaline foods and drinking alkaline water is ineffective in the fight against cancer.

"It does not make  your blood alkaline," explained Dr. McLeod.

You cannot change the pH of your blood enough to influence cancer.  If you were able to make your blood significantly more basic, it would quickly result in kidney failure, respiratory failure and ultimately death.

Red Meat - Grass-fed red meat is not considered safe for cancer patients.  The reason for the cancer connection is because red meat has high levels of IGF-1, free iron, heme, and omega-6 fatty acids.

Glycemic Levels and Cancer Recurrence - Dr. McLeod informs every cancer patient that they should avoid sugar.  Cancer cells often have significantly more insulin receptors than normal cells.  It turns out that although sugar acts as fuel to cancer cells, the mechanism for the enhanced tumor growth is the insulin spike because cancer cells have more insulin receptors.  It is this spike in insulin and insulin-like growth factors that stimulate the growth of cancerous cells.  In other words, it is not the sugar content that is stimulating growth; it is the response to sudden increases in sugar levels.

For those who are eating gluten-free, many of these types of foods sold in the grocery stores are high in sugar that can trigger systemic inflammation.

Ultimately, he recommends that those with cancer stick to a low glycemic diet and avoid simple sugars. 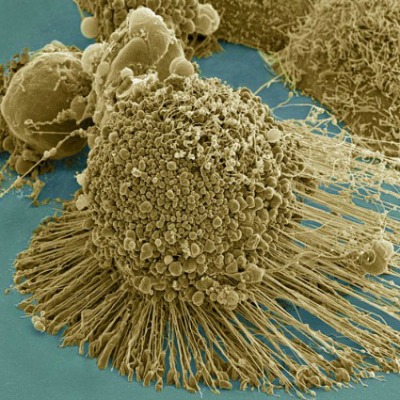 "Diet alone is not a cure for cancer, but when used properly, it can help patients maintain their nutrient status during chemotherapy and radiation," recommended Dr. McLeod.

The two best dietary practices that has been proven effective in cancer patients is fasting before chemotherapy and going on the Ketogenic Diet.

Fasting - Ideally, fasting 48 hours before chemotherapy and 24 hours after the chemotherapy infusion on water only is best.  The discomfort from hunger and thirst for 72 hours is a worthwhile sacrifice that can metabolically protect the healthy cells and make the cancer cells vulnerable to the chemotherapy.  One contraindication is to not fast if you have diabetes and other common diseases. Dr. McLeod recommends that you seek a qualified health professional about implementing a fasting protocol before undergoing chemotherapy.

Ketogenic Diet - There is great scientific and clinical evidence that the ketogenic diet is helpful in slowing down tumor growth in brain cancer and other cancers.

"This high fat and low carbohydrate diet forces the body to burn fats for energy, rather than sugars.  Normally, the brain uses glucose (sugar) as its primary source of energy, but if there is a shortage of sugar, the liver then converts fats into ketone bodies.  These ketones pass into the brain and replace glucose as the primary source of energy...Cancerous cells within the nervous system have high energetic requirements and they struggle to shift to this new energy source.  As a result, cancers taht are of nervous tissue origin are vulnerable to the Ketogenic Diet.  The ketogenic diet slows down the rate of growth of brain tumors because the cancerous cells do not have an abundant and usable energy source under these conditions," noted Dr. McLeod.

Other Foods to Eat - Another recommendation is to consume adequate amounts of antioxidant rich foods (like blueberries) for fewer side effects during conventional cancer treatments and to also increase your fiber intake.

Ha! I Laugh in the Face of Cancer