A Right to Bear Arms?
What were the Founders Thinking?

For Beyond 50's "History" talks, listen to an interview with veteran, Gerald Petersen.  Many people today interpret the Second Amendment in a way that seems to be far different than the way it is written.  Petersen will explain why this amendment was written the way it was, what the original intent was, and thus know the real meaning of the Second Amendment.  You'll learn about the fears and feelings of the people of the founding era.  How did the people of this era understand self-defense?  The answer to this and related questions help to piece together the true Second Amendment. 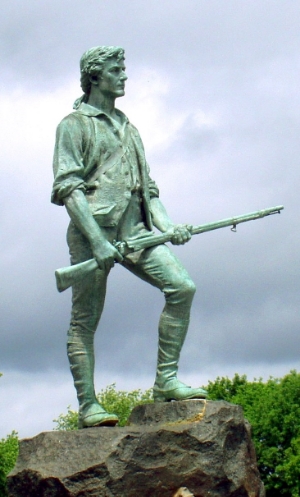 United States Constitution
Amendment II
A well regulated Militia, being necessary to the security of a free state, the right of the people to keep and bear Arms, shall not be infringed.

The Original Meaning of the Second Amendment

- The Second Amendment was written for the protection for the states.

- The word "state" is historically defined as both the nation and to each individual state.

- During the 18th century, there was a wariness by the people of the state of standing armies, especially by a tyrannical or despotic government.  The widespread fear was a loss of sovereignty or identity under the New Constitution.

- Preferably, the proponents wanted militias that are state-owned and run, rather than a national standing army.  They would serve two purposes: act as the first line of defense from possible invasion or local insurrection, and to protect against an all too-powerful government.

- "bear Arms" literally means bearing arms in service and support to the state, not keeping the firearms for themselves.  The words "own", "custody," "possess," and "property" would have been used to mean ownership, but it wasn't written that way in the Second Amendment.

- Each state constitution linked bearing arms and serving in militias to each freeman serving the individual state.  Considered a social contract, the people should expect to have their natural rights (of life, liberty, pursuit of happiness, and a government that would provide for the safety and happiness of the people) protected by the state, but they also have a duty to serve in the militia to protect the natural rights of the people, if called upon by the state.

- Individuals within a militia were the state's residents trained to bear arms.

- "keep" refers to a custodial arrangement and not an ownership arrangement.  Some states kept firearms in public storage facilities, called armories, for their militias.

- If bearing arms was an individual right, the term "person's right" would have been used in the language of the Second Amendment. 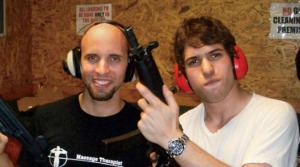 Arms and The Dudes: How Three Stoners from Miami Beach Became the Most Unlikely Gunrunners 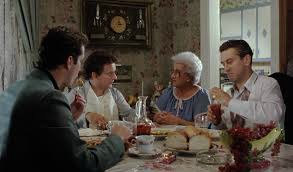 Who are the Real "Goodfellas"?