Judas of Nazareth:
How the Greatest Teacher of First-Century Israel Was Replaced by a Literary Creation

For Beyond 50's "Religion & Spirituality" talk, listen to an interview with Daniel T. Unterbrink.  He'll explain about the real, historical Jesus that was Judas the Galilean, a messianic pretender and Torah-observant revolutionary bent on overthrowing the Roman government in 4 BC and was part of "The Zealot Movement."  The new Testament Gospels, therefore, are not transcripts of actual history, but creative works of historical fiction designed to promote Paul's Christianity and serve the interests of the fledgling Gentile Christian communities.  You'll also learn about the 42 similarities between Jesus of Nazareth and Jesus of Galilean and more, based on Unterbrink's extensive research as a forensics auditor.

Daniel Unterbrink's educational background and work experience in Medicare auditing gives him a unique advantage over most scholars.  He does not believe anything without solid proof: a good auditor does not make snap judgments but rather is guided by the data.  That is why he rejects the modern scholarship approach of interpreting history through secondary sources such as the Gospels and the Book of Acts. These secondary sources must be interpreted through the lens of primary sources, such as Josephus (a Jewish-Roman Historian), Tacitus (Roman Historian), Suetonius (Roman Historian), Pliny the Younger (Roman Historian), Epistle of James, Philo of Alexandria, The Dead Sea Scrolls (recently found to be written by the Sicarii (members of the Fourth Philosophy) and not the Essenes), and the authentic letters of Paul (Romans, 1 and 2 Corinthians, and Galatians).

Unterbrink's secondary research sources, like the Gospels (of Mark, Matthew, Like and John) and Book of Acts were not as reliable and considers the stories  being works of fiction, rather than history.  His method raises many questions that cannot be answered by the traditional interpretation championed by scholars.  As such, Unterbrink has attempted to steer clear from any one interpretation of Christian origins, and has followed the actual historical data in developing his own unique narrative.

Profile of Judas the Galilean

The following biographical sketch is provided by Unterbrink and based on historical findings about Judas of Galilee that is the model for Jesus of Nazareth:

- Born around 25 BCE in Gamala, near Galilee (a hotbed for revolutionaries).  His brother is James.  Judas had three sons - James, Simon, and Menahem - and a grandson named Eleazar;

- Began his public career in Jerusalem;

- Recognized nationwide for his talent in interpreting Jewish laws;

- Cleanses the Golden Eagle Temple with Matthias in 4 BCE.  Puppet King Herod the Great captures the both of them, putting Matthias to death by fire and imprisoning Judas;

- Judas was proclaimed Messiah in Galilee in 4 - 2 BCE;

- Starts a tax rebellion against Rome in 6 CE.  Rome views client states as a tax source;

- And, his second-in-command, John the Baptist (also known as Sadduc), runs the movement until his death in 36 CE and is then replaced by James the Just. 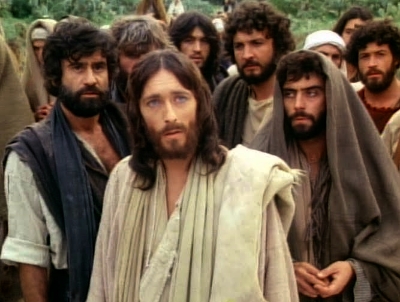 The Fictional Creation of Jesus of Nazareth

Unterbrink holds the historical belief that "Jesus of Nazareth is a very successfully crafted stand-in for the apostle Paul.  The war with Rome had obliterated the Jewish Messiah Movement.  Paul take advantage of this power vacuum to refashion the Messiah, his Christ Jesus, using his own life as a template."

This mythologized version paints Jesus as a savior god (for the Gentiles) that weaves Paul's brand of Judaism with elements of the real life Messiah, Judas the Galilean, a beloved figure among the people who was a crucified during the reign of Pontius Pilate for being a serious threat to the ruling elite.

Paul's ultimate intent, according to Unterbrink, is to use this fictional ploy as a fundraising scheme.  "Has there ever been a better fund-raising tool than Jesus of Nazareth?  And the funds did not have to be sent to Jerusalem anymore.  These funds could be sent wherever Paul specified."

Herodians - Founded by Herod the Great in 37 BCE, his ruling family in Israel collaborated with the Romans.  Paul is a part of this family.  His Herodian ties explains his influence over the high priests and his friendly attitude toward government and Roman taxation.

Fourth Philosophy (also referred to as Zealots, the Sicarii (members of the Dead Sea Scroll community), and the Wonder Workers) - Anti-Roman, this political and religious movement was founded by Judas the Galilean and Pharisees Matthias in 4 BCE.  They opposed Roman rule and taxation.  The group is responsible for instigating the war against Rome.  Viewed as bandits, they exploit the wealthy, similar to Robin Hood and his merry men.  The Fourth Philosophy joins the earlier movements - the Pharisees, the Sadducees, and the Essenes.  Judas of Galilee combined the best of these competing movements.

Jewish Jesus Movement (also referred to as the Way of Righteousness, or the Way) - They are obsessed with law of Moses.  Lead by "Jewish Christians" who follow the Torah under the direction of Peter (Cephas) and James the Just, Unterbrink considers this the same as the Fourth Philosophy (above). They perish  during the Jewish war with Rome, from 66 - 73 CE.

Christ Movement (of the Gentile Movement) - The creation of Paul (also known as Saul), he is the apostle to the Gentiles, preaching about the revelations of the Risen Christ. Their teachings are rejected by followers of the Jewish Jesus Movement.

Jesus of Nazareth Movement - Stemming from the Christ Movement that follows a Jewish Messiah that bears the likeness of Paul, it is the movement that founded the new religion of Christianity and has survived since post-70 CE to modern times.

The Year of Living Biblically 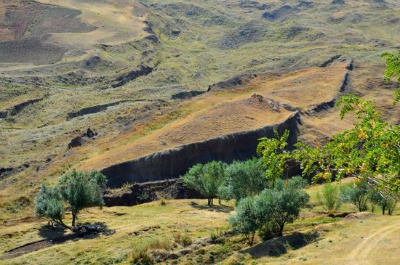 The Unsolved Mystery of Noah's Ark