The Nuclear Terrorist: His Financial Backers and Political Patrons in the U.S and Abroad

For Beyond 50's "Political & Finance" talks, listen to an interview with Robert Gleason.  He'll talk about nuclear terrorism that is a frightening threat, yet U.S. officials prefer to profit off rogue states instead of opposing and obstructing their nuclear programs. As examples, George W. Bush staffed his administration with officials who privately profited off nuclear rogue states. Donald Rumsfeld worked for a company that tried to sell nuclear reactors to North Korea. Dick Cheney's firm, Halliburton, built up Iran and Iraq's nuclear energy sectors. President Obama's administration is helping to sell high-tech nuclear reactors to Saudi Arabia, even though fifteen out of the nineteen 9/11 hijackers were Saudis and then secretary of state Hillary Clinton had informed Obama that the Saudis were the world's primary financiers of Sunni Islamist terrorism. Nor have these administrations done much about the poor security at U.S. nuclear facilities.

President Obama & The Great Nuclear Power Proliferation - Financially supported the construction of nuclear reactors to South Carolina and Georgia; agreed to build India's nuclear power plant; plants to sell 16 nuclear reactors to Saudi Arabia (that financially backs Sunni terrorists worldwide); and reports of an interest in selling power reactors to Egypt, even when their civil war broke out in their country.

Obama Unleashes Cyber-Weaponry on Iran - A computer worm (malicious software) called Stuxnet that is designed  to attack a nuclear power plants' computer systems affecting a automated control systems that controlled other components of the national energy system was aimed at Iran, from 2009 - 2010.  Three journalists from the "New York Times" provided a detailed article that the perpetrators who could pull this cyber attack off is "Israel and the Obama administration - with perhaps inadvertent assistance from the United Kingdom and Germany - created and spread Stuxnet."  The operation was nicknamed "Olympic Games."

Gleason's special interest in Nuclear Terrorism -  After reading "Thinking About the Unthinkable" by Herman Kahn in 1982, he leared that "a small vengeful power" can use weaponry against the major powers to create a "Catalytic Nuclear War" - "At that point in time, however, Kahn's scenario wasn't feasible.  Nuclear bomb-fuel and delivery systems hadn't progressed and proliferated sufficiently for "a small vengeful power" to pull off such an apocalyptic scam...A decade later, something happened.  Catalytic Nuclear War became possible almost overnight.  The Soviet Union had over five hundred national, regional, and local storage sites for both nuclear weapons and nuclear bomb-fuel.  They were well protected...until 1991, when the USSR disintegrated."

DIY Building of a Nuclear Bomb is so Easy a Kid Can Do It - Taking a quote from Dr. Luis Alvarez, the creator of the hIroshima bomb's trigger, he wrote that "Most people seem unaware that if separated U-235 is at hand, it's a trivial job to set off a nuclear explosion...Even a high school kid could make a bomb in short order."

Poor Security & Easy Terrorist Assaults of Nuclear Plants - The U.S. government remains apathetic about security of their nuclear power plants and bomb-fuel sites.  Many plants refuse to install the first-safety systems that can shut down the reactors automatically in case of fire.  Terrorists can easily assault a nuclear power plant.  The National Academy of Sciences panel determined that if terrorists succeeded in draining the water from a spent-fuel pool, they could quickly provoke a horrific nuclear fire.  If a large aircraft slammed into the nuclear plant's control building - a structure that is not built to withstand such assaults - the crash could easily cause a core meltdown and incinerate their nuclear waste pools."  "We learned from Fukushima that to melt down a nuclear power plant, terrorists need only to blow  up the cooling pumps and intake pipes.  After effecting a loss-of-coolant meltdown, a radioactive plume would soar high into the sky.  Depending on wind direction, the radioactivity could ultimately kill hundreds of thousands of people."

The Threat of Cyber-Terrorism - For $1,500, a terrorist can build a simple e-bomb (EMP bomb) with low-tech materials to create an electromagnetic blast can transmit pulse "that can fry all electronic transmissions, radio communications, and electrical and computer linkages within a 2-mile radius.  Everything from pacemakers, car ignitions, traffic or train signals, industrial controls, and radio-TV-telephone communications might well be gone.  If there are strategic routing transmission facilities within that two-mile radius, the cascade of rolling power outages would spread rapidly for hundreds, even thousands of miles." 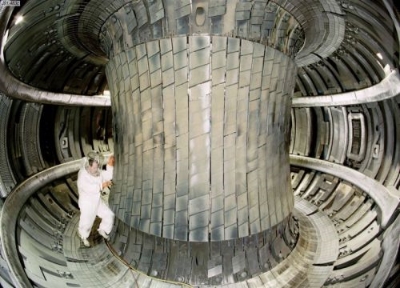 The Fanatical Race for Fusion Power

To produce power that is ten times hotter than the sun's core (150 million degrees centigrade), you would need to fuse hydrogen isotopes together.

"Nations around the world are trying to make fusion power a reality, " wrote Gleason in "The Nuclear Terrorist."

Many nations of the Earth have been obsessed with developing fusion power for the last 70 years.  The race is on with the United States, European  Union, China, Japan, Russia, and India. South Korea is ready to spend close to $1 trillion to get it built.  Iran plans to finish their plant by 2020. 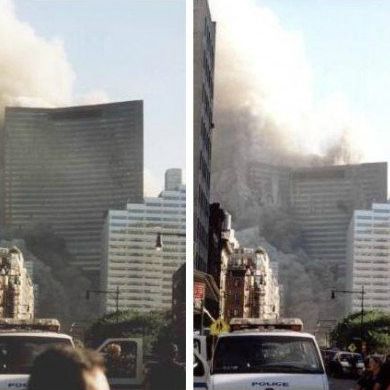 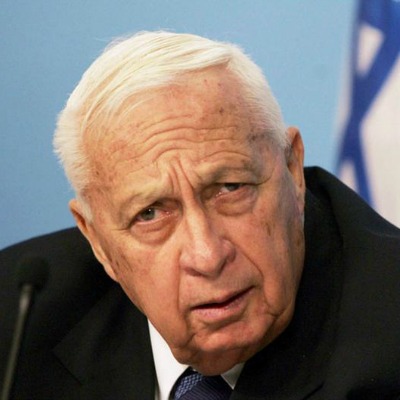 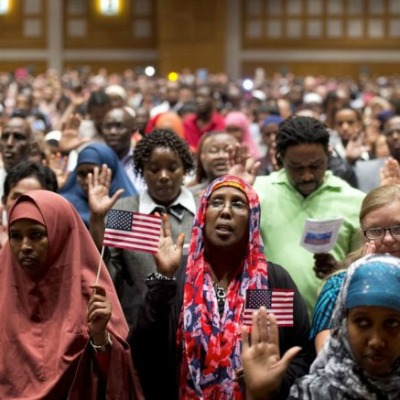 Islamic Refugee Resettlement and the Hijra to America