Trouble with the IRS:
Eliminate Taxes on Debt Forgiveness 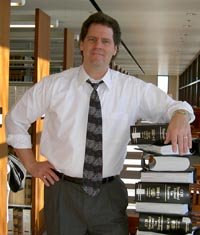 For Beyond 50's "Finance" talks, listen to an interview with Dan Pilla.  For over three decades, he has been the nation's leader in taxpayers' rights defense and IRS abuse prevention and cure.  Pilla is back on the show to let you know that you don't have to pay taxes on canceled debt. Home foreclosures, credit card debt forgiveness, short sales, canceled student loans, even negotiated settlements with creditors can lead to debt forgiveness income.  That's when you get IRS Form 1099-C saying that you actually received "income" when your debt was forgiven.  So on top of all the bad news, the IRS expects you to pay taxes on phantom income!  This adds insult to your already painful financial injury and can lead to enormous tax debts, including penalties and interest.

Also, you'll learn about 7 different procedures to keep the IRS from taking money you don't owe; how to handle canceled student loans; and Pilla's analysis of new tax laws that help in case of a home foreclosure or short sale.

When Recession Hits, Invest Around the World

The Death of Buy & Hold: How Not to Outlive Your Money

Lawyers are Liars: The Truth About Protecting Our Assets