Synopsis: "Wonder Woman 1984" is an action-adventure and fantasy film.  A theme within the film is about the harmful effects of having an absent father, based on the teachings of Jungian Psychologist Susan Schwartz.  Set in 1984, Diana Prince had remained single since World War I and working at the Smithsonian Institute in Washington, D.C.  When her co-worker Barbara Minerva, a gemologist, is tasked with identifying a stolen antiquity called the Dreamstone, they discover that it has the power to grant a wish for its user, so Diana wished for Steve Trevor's return.  Barbara got her wish: to be like Diana without realizing that she's also been granted with Diana's super-human abilities, later transforming herself to become a top apex predator.  Max Lord, an infomercial guru with Black Gold Cooperative, stole the Dreamstone to wish that he becomes it to grant wishes for all, resulting in global chaos and destruction.  Collaborating with Barbara, she turns into Cheetah Woman for both of them to take down Wonder Woman.

Welcome to "Conscious Movie Reviews."  I'm your host Joy Davis and here to review the action-adventure and fantasy film, "Wonder Woman 1984."  My special thanks to Susan Schwartz, a Jungian psychologist, for sharing her understanding about the harmful effects of having an absent father.

On the island of Themyscira, young Diana Prince participated in a multi-athletic event.  She proved to be a fierce competitor against the older Amazon women.  After falling off her horse, she took a shortcut that gave her an unfair advantage to win, but was forced by her aunt Antiope to forfeit because no true hero is born from lies.

Raised by her mother, the Amazonian queen Hippolyta and warrior aunt, Diana could not relate to her father Zeus - a distant god with a penchant for seducing and impregnating women.  She was highly competitive at a very young age.

On a subconscious level, Diana was really competing with her father, like a strongman, as a means of connecting to him that's out of anger for his betrayal.  It's also to cope with not feeling good enough, compelling her to compete in an unhealthy way.

After losing Steve Trevor, her true love during World War 1, Diana spent over seventy years staying single and grieving.  This is another manifestation of being wounded since childhood by a distant father from unresolved grief - only to repeat the lesson with Steve.

Diana kept seeking fulfillment outside of herself as a shortcut.  She can, instead, give herself love, acceptance and approval.  This is how to parent ourselves in a mature way.

As a charismatic businessman, Max Lord appeared in infomercials for paid membership into his Black Gold Cooperative that was really a business failure.  He seduced many with false promises of becoming wealthy by saying on TV, "You don't have to work hard for it.  All you need is to want it."  He epitomized the "slick oil salesman."

The 80s was full of get rich quick schemes, like what Max offered, and  self-help books.  Gurus of pop-psychology taught the language of wound-ology that's rooted in victimization.  Their underlying message suggested that you can be fixed if you just pay us to alleviate your pain.

Abused as a child, Max learned to get his emotional needs met in an unconscious way by having to sell and prove his worth that's from having a father that's emotionally distant.

Barbara Minerva, the gemologist, also suffered from low self-esteem to come off as painfully shy.  She coveted Diana's beauty and confidence, buying into the prevailing attitude of the 1980s that success means being more assertive and confident.

Children of absentee fathers often feel empty within.  They take on a fake persona, the way Barbara and Max did - disconnecting them from their true, authentic self that can create resentment over time.  This is in stark contrast to the 80's - a time of individualistic, self-expression to stand out as unique, special and with unlimited potential, but narcissistic when taken to an extreme.  Narcissism then is not self-love, but self-hate with a fragile ego that demands love and attention.

The Power of Citrine

Barbara was in charge of the Dreamstone at the Smithsonian Institute.  She recognized that it was made of Citrine.

Michael Katz, founder of Gemisphere Luminary, teaches that therapeutic-grade citrine that's fashioned into a sphere is like a searchlight.  It's especially beneficial for those who react in emotional extremes or lack an emotionally balanced nature.  When held at the Crown Chakra, it shines a light on the emotional "effect point" to reveal the immediate, mental reaction or first thought you have directly before you have an emotional response.  With the awareness of your first effect point, your emotional response becomes more controllable.  Citrine then, is analogous to Wonder Woman's Lasso that reveals the Truth - seeing the root cause of one's pain and suffering.

Wishing on a Dreamstone

The Dreamstone was designed by Delos, the god of treachery and deceit. It can grant a user one wish, but exacts a toll that can only be reversed by renouncing their wish or destroying the stone.

Diana wished for Steve's return, so he showed up in another man's body - a form of identity stealing.  She would lose some of her super-powers as a sacrifice.

Max made a wish to become the stone for its wish-granting powers - only to have his health deteriorate rapidly.

Barbara wished to be like Diana.  She was gifted with supreme confidence and super-human strength as Cheetah Woman, but would lose her humanity.

Everyone who used the Dreamstone took shortcuts to have their wishes fulfilled.  Problems can show up in our life when we want an outcome that's purely out of selfish desire.  The highest wish we can make is to have what God wants for us because it's His greatest intent for our well-being and spiritual growth.  This is what it means to align your will with God's own so that any blessings you're divinely given cannot be taken away.

Wonder Woman donned Asteria's armor of the legendary Amazon warrior.  It was made of gold as a metaphor for how Diana tended to bypass life lessons to get to the gold too quickly.  Because of this, Cheetah Woman ripped into it, forcing Diana to drop the damaged armor as confirmation that it was a privilege to wear, but wielding its power must be earned.  Their battle ended when Cheetah Woman died by electrocution to signify that her destructive energies had to be cut off.

When Max offered viewers a wish through his global telecast, it caused mass chaos and close to nuclear destruction.  Wonder Woman captured him with her lasso to make a plea through Max, asking everyone to renounce their wish.  She said, "Everything has a price.  You cannot have it all.  You can only have the truth," so he was shown it in a vision - the real truth behind his maniacal ways that's from being an abused child and then saw his son in great distress and needing him.

In the end, everyone recanted their wish to stop the damage.  Max did the same for his son's sake.  Wonder Woman came to realize the truth and responsibility behind the lesson from childhood: that there are no shortcuts to becoming a hero.  It entails being honest towards herself and others. 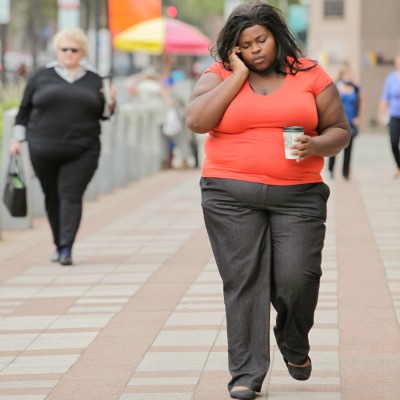