For Beyond 50's "Personal Growth" talk, listen to an interview with Jim Pathfinder Ewing.  He'll discuss about going back to time-honored traditions to balance and revitalize male and female relations.  Find out why the current courses on men's empowerment are failing and offers a new way of looking at male roles that predates the modern era to redefine manhood.

Ewing teaches men how to be men in a new (yet time-tested way) by
reevaluating how they were brought up and determining which behaviors are suitable for adopting, and which are suitable for rejecting. If men try to adopt outdated "lover" roles, they find themselves alone, even pitied.  Women are warriors, and magicians, and welders, firefighters and CEOs.  An "Iron John" who wishes to retreat into what he is taught is his strength in masculinity - the wild man of ancient times - will find himself alienated and out of step with reality.  Conversely, if men try to adopt feminized versions of men's roles, they will find themselves equally marginalized.  Women don't need men to be women.  Nor do they need men who patronize them.

Several years ago, Ewing was asked to do a retreat for men in Mississippi, which was a different subject than his usual discourses.  After looking into it, he told them "No."

From his research, most of the literature on manhood followed the wrong model.  They revolved around the "Iron John" theme popularized by Robert Bly who launched the mythopoetic men's movement of the 1990's.  His groundbreaking book was based on a parable made famous by "Grimm's Fairy Tales" about a lad maturing into adulthood with the help of the Wild Man, a counterpart to the Goddess of Europe.  The parable, according to Bly was applicable for the modern man.

Unfortunately, much has changed in the last 20 years.  Women's beliefs about their role has evolved greatly, but in comparison to men's attitude, not much.

Western Society has been out of balance with Patriarchy since Roman times.  Before this era, society was matrilineal: headed by the mother.

According to Ewing, the Gnostics of early Christianity asserted that women were equal to men in their communities without discrimination; Jesus had male and female disciples; and God as Creator and divine force named "Sophia" (that birthed Yahweh or known as Jehovah) was both male and female and had attributes of either, and both.

Roman-backed Christianity that allowed the churches of Paul to exist in AD 313, did away with the idea of "woman as coequal" to encourage patriarchy and male domination.

The Tide of Gender Equality

Ewing recognizes three forces that have moved our society toward Egalitarianism: Early Christianity for being inclusive; Modern Corporate Capitalism that views the dollar as "king" above all else, allowing individuals to pursue their financial interests; and the American Democracy with the idea that ALL humans are created equal with inalienable rights and to be treated equally. 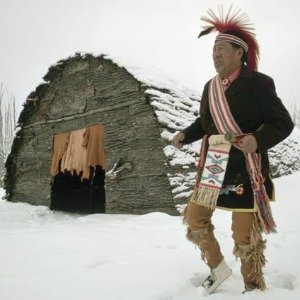 Native American and indigenous societies before their invasion by early European colonists offer us a better model of social equality that was symbolized in their Medicine Wheel.  They were traditionally matrilineal with power in the group headed by the Clan Mothers.  Women owned the food, property and children.  Supreme in every family was the elder mother of the household because her word was law.   These rights and privileges granted to the women lead to clashes with the European settlers.

The Iroquois recognized homosexuality as a rare and natural fact in their society.  Homosexuals were regarded as a third gender to be carefully observed, starting in childhood, to determine their unique role.  Instead of being ostracized, they were carefully groomed to be spiritual leaders, counselors and guides because "they were believed to be especially touched by the Creator and closer to the Earthly Mother and Heavenly Father than most humans," explained Ewing.

Pre-Columbian Native Americans were also peace-loving, self-governing under democratic laws (by the Iroquois Confederacy) that inspired the Founding Fathers in drafting the Constritution, and based decisions on responsibility toward the whole group so every voice (adult, child and future generations) was heard and represented.

Defining Yourself from Within

There is no one male way or one female way.  As the pendulum currently swings away from Patriarchy, many recognize it as the "Rise of Feminine Power."  This is not a power over males, but more of a coming back to balance so both people (sexes) are empowered.

"When yo define yourself as male or female...then you're getting yourself a little bit out of whack - over what you truly are.  The one who hears the Silence...the inner wisdom of your Soul...then you become whole," added Ewing.