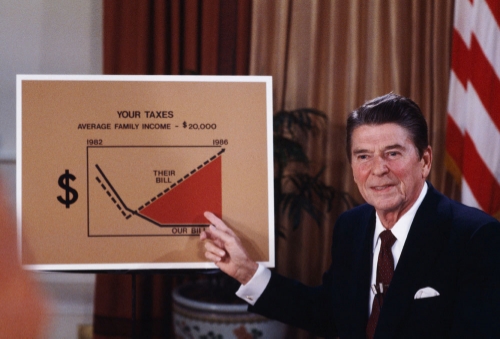 For Beyond 50's "Political" talks, listen to an interview with Allen Smith.  He'll talk about discovering the crime by President Ronald Reagan thirteen years ago.  While doing research, he stumbled onto a massive fraud involving the government and the Social Security system.

Smith is a lonely voice crying in the wilderness bearing this unwelcome news. He claims that the money is gone. "Social Security doesn't have trillions stashed away for paying benefits, as so many people believe.  It cannot pay benefits for another 20 years, as is often claimed.  In fact, Social Security does not have enough money to pay full benefits, even for 2014, without borrowing money from China or another of our creditors," says Smith.

When President Regan signed the Social Security Amendments of 1983, the American people were told that it would fund Social Security for decades.  Instead, it laid the foundation for 30 years of government embezzlement of Society Security funds.  The money was used to pay for wars, tax cuts for the rich, and other government programs.  "The payroll tax hike of 1983 generated a total of $2.7 trillion in surplus Social Security revenue.  This surplus revenue was supposed to be saved and invested in marketable U.S. Treasury bonds, which would be held in the trust fund until the baby boomers began to retire in about 2010.  But not one dime ever made its way to the Social Security trust fund," says Smith.

Too Hard to Retire: Faults of the Social Security System