For Beyond 50's "Finance" talks, listen to an interview with Stanley Riggs.  He's
back on the program to recommend that you should spend your hard-earned, investment wealth to enjoy your life before the money accumulated in your private retirement  program (401(s), IRAs, Roths) will eventually be taken away by the federal government to institute a "Fair Retirement For All Plan" that would fund the bailout of underwater union and municipal retirement plans that represent millions of votes.

This is especially disconcerting for those who plan to retire with more than $300,000 in their retirement account.  Riggs calls it the "let's be fair and make everyone equally poor" philosophy by the government.

"I believe the IRA/401(k) Roth plans were established mainly for the benefit of large corporations, Wall Street money managers and the U.S. government.   I also see the  benefit of the $11 trillion voluntarily saved, and - so far - untaxed," warned Riggs. 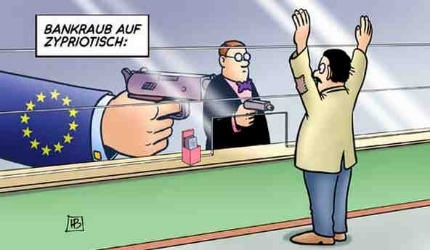 What has happened in other countries, can also happen in the U.S.  It is based on the idea that your private pension funds and private retirement savings accounts can be seized for the good of all concerned - the majority of voters because it's unfair to the poor nationwide.

Earlier Plans by the U.S. Government to Confiscate Your Bank & Retirement Accounts:
- In 1933, privately owned gold (in the form of coins, bullion, and certificates) was taken through an Executive Order under the direction of President Franklin D. Roosevelt.  Failure to comply was punishable by a $10,000 fine or 10-year imprisonment or both.

- In 2007, a plan was devised to nationalize private IRA, 401(k), and Roth IRA
retirement plans through a government administered one called the Guaranteed Retirement Account (GRA) program.  Since that time, the idea was adopted by different states and national, government departments.

Other versions of the GRA, such as the "myRA" were introduced in the last five years.   The idea is to take the retirement money of Americans and annuitive them to U.S. Treasuries to fund government by having citizens invest only in "safe" U.S. government bonds, protecting their money from economic cycle investment or  fluctuation of Wall Street investment.