Synopsis: Selected by "Conscious Movie Reviews," "Blade Runner 2049" is a mystery, sci-fi and drama film.  When the remains of a female Replicant named Rachael was discovered on a farm  by Blade Runner, Agent K of the Los Angeles Police Department, he was ordered by Lieutenant Joshi to destroy all evidence.  The hip bones of Rachael was proof that a Replicant can reproduce, that was both a miracle and threat to humanity.  Tasked with retiring the child of Rachael, Agent K is followed and under attack by the Luv, the ruthless enforcer of Niander Wallace of the Wallace Corporation that builds Replicants.  He is invested in knowing how Replicants are able to reproduce for business gain.  Members of the replicant freedom movement want Wallace stopped.

A running theme throughout the film is an intentional disconnect between the body, mind, and spirit.  Replicants are a good example of this.  Similar in design to humans, they are genetically engineered with enhanced physical traits, but without their own memories and soul.  Replicants were made to be servants and slaves to lack individuality.  The non-conformists became outcasts. 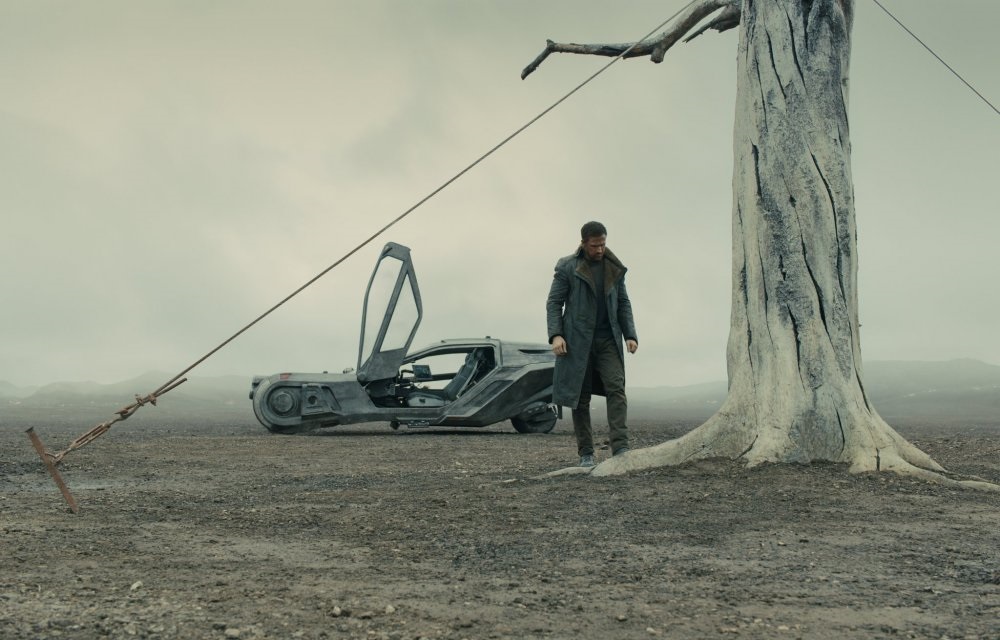 Miracle at the Worm Farm

Sapper Morton, the rogue replicant farmer, left K with a parting message before getting shot to death by saying, "You've never seen a miracle."

On the way out, K stopped to observe a white tree with a buttercup flower that was bagged by him for investigative purposes.  He flew above the site for his aircraft to identify a box that was buried 30 meters below.  It was the skeletal remains of a woman.

The real meaning of being at a mealworm farm can be two-fold.  As a source of protein grown for human consumption, it can represent the protein makeup of DNA used to bio-engineer replicants.  And for K, it's a message that someone has been dishonest with him in hiding the truth, like a worm that stays hidden in the ground.  Now is the time for the truth to be revealed.

K's attraction to the buttercup flower was revealing.  Based on a study of flower essences by Dr. Richard Bach that are subtle energy remedies for self-healing, the buttercup's essence can assist in a soul's evolution.  It's for those with a low self-worth to experience their uniqueness as an inner light and sustain it.

As for the white tree, its strange color was an anomaly to mean a change and transformation in the order of life.  It can also symbolize the family tree for K, as well as the "Tree of Knowledge" to hold great truths. 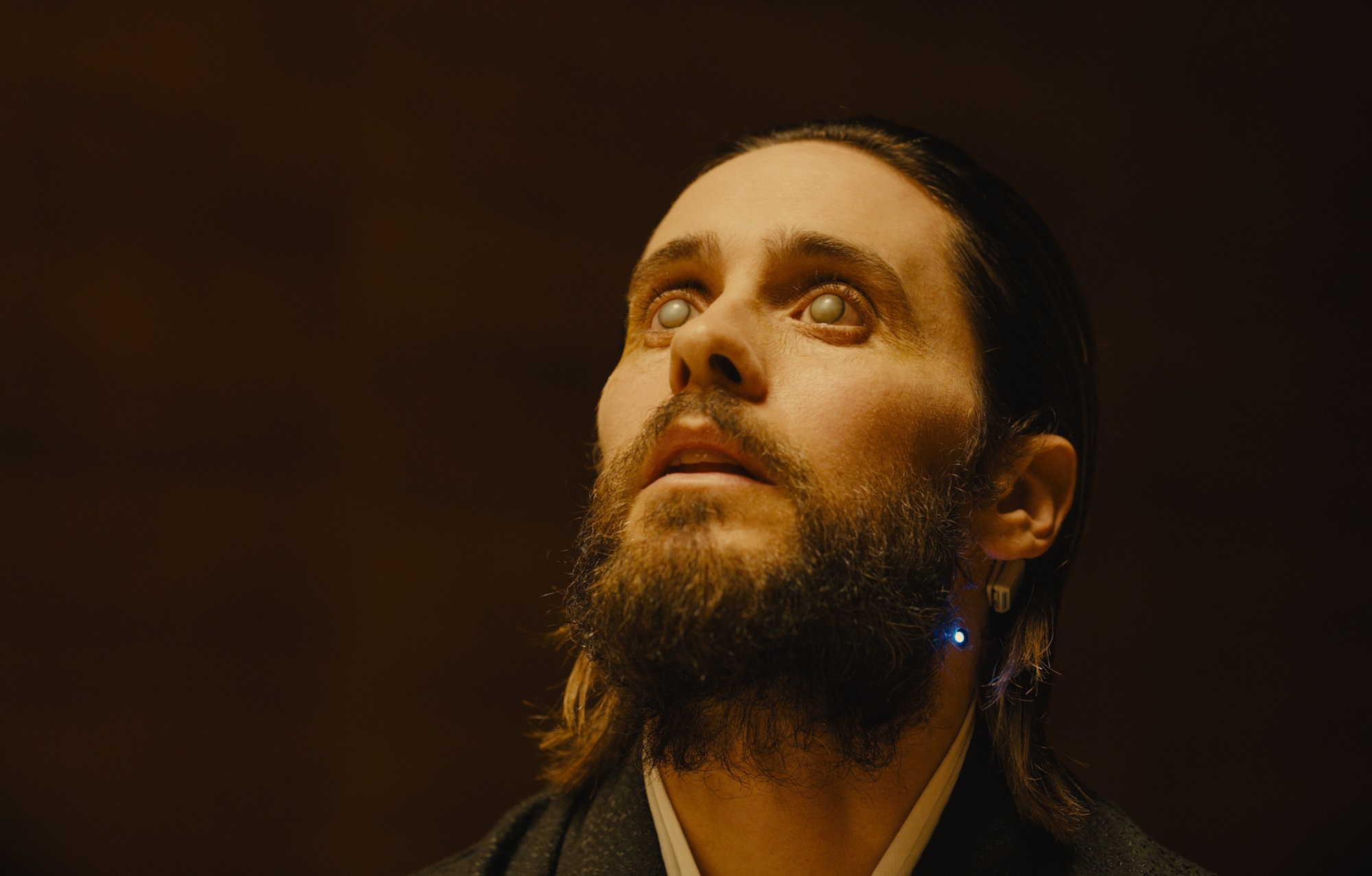 Upon closer inspection of the bones, K and his superior, Lieutenant Joshi, discover that a Nexus 7 replicant woman was buried at the site 30 years ago.  She was pregnant and gave birth by way of a cesarean section procedure.  This was the miracle that the farmer spoke of.  News of this would only lead to a war by replicants against humans to assert their belief of being equals with them.  By Joshi's orders, K must destroy all evidence and retire the child.  This left him feeling very unsettled.

Niander Wallace, the blind founder of the Wallace Corporation that builds replicants, helped to identify that the woman in question was Rachael, an experimental replicant, designed by the late Dr. Eldon Tyrell.  She had a romantic relationship with retired Blade Runner, Rick Deckard.

Wallace envisioned for himself the creation of replicants that can reproduce to have trillions of his "angels" in service to humanity for the colonization of nine planets across the galaxy.  Through his replicant enforcer, Luv, she was tasked with stealing Rachel's remains at LAPD headquarters and follow K to locate the child.

According to spiritual teacher, Harold Klemp of Eckankar, "God creates Souls so that through their experiences, It can know Itself in a greater way."  We were all endowed by the Creator with free will for self-expression and expanded awareness.  In contrast, Wallace placed himself in a God-like, overly strict parenting role to create Nexus 9 replicants, but with the intent to control them in a spiritually immature way for an ordered, more peaceful society.  They were given implanted memories to lack a unified body, mind and spirit. 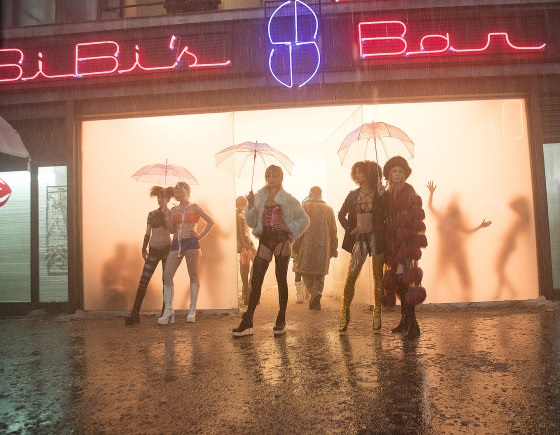 Another example of Wallace's creations was Joi, the live-in virtual reality girlfriend of K.  On their anniversary, he gifts her with an emanator so she can be more mobile in experiencing the outside world.

Their relationship and three-way sexual tryst with a replicant as a full sensory experience is not only possible, but will revolutionize the sex industry.  World-famous Futurist Ray Kurzweil teaches that this can be done by using your virtual body, which is simulated.  Nanobots placed in and around  your nervous system can generate the appropriate encoded signals for all of your senses.  The signals are just as real as if your senses were producing them from real experience for K to feel pleasure from Joi in a virtual way. 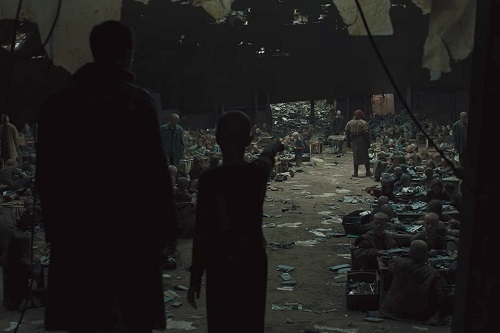 Back at the farm, K gathered more evidence to find a picture of a person and article of clothing within a piano. The real shock came when he read an inscription of the numbers 61021 on the tree.  It related to a memory of having a wooden toy horse at the orphanage for replicants where he was raised.

K's association with a toy horse came to symbolize his growing appetite for freedom and authentic expression, just like a real horse in the wild, whereas Deckard identified with origami unicorns that resembled his life being full of mystery, miracles and enchantment.

By going to the orphanage that held many children with shaved heads doing slave labor, K forcefully obtained the necessary birth records and located the toy horse that was hidden away years ago.  It was damning proof to him that his boyhood memories were real and not implanted.

The child laborers served as a stark reminder that we can be like them, living on a slave planet, addicted to our sensory experiences and the voice of our egoic mind talking.  Taking a quote from spiritual teacher, Eli Jaxon-Bear, he explains that "unless you know who you are, all of your choices remain the choices of a slave...Slaves do not have the power of silence.  Silence is the key that unlocks all of the chains of slavery.  All slaves are bound to the noise of arising phenomena."

The birth records revealed that twins were born with identical DNA, except for the sex chromosome.  Only the boy, but not the girl, survived.  It was all misleading information to K.

He found clarity by seeing Dr. Ana Stelline who was behind a glass.  She suffered from a rare genetic disorder that left her immune compromised.

Dr. Stelline was reputedly the best memory maker to create images that closely resembled human responses as a work of art.  K understood through her that only real memories can be recalled through feelings.  This is how we naturally draw memories from our subconscious mind - a recording house of our primal beliefs and feelings.

On a spiritual level, Dr. Stelline's work of implanting fake memories into replicants made her a Master of Illusion.  If we were to spiritually awaken from the trance state of illusion we're all born into, we would see beyond our senses to realize that everything is made from vibrating energies of light and sound.  What seems physically real to our senses is just "a cosmic motion picture - an electrical picture play, of cause and effect thrown on the black screen of imaged space and time.  We exist in a physical universe of electric octave waves of opposing lights," teaches Paul Twitchell of Eckankar. 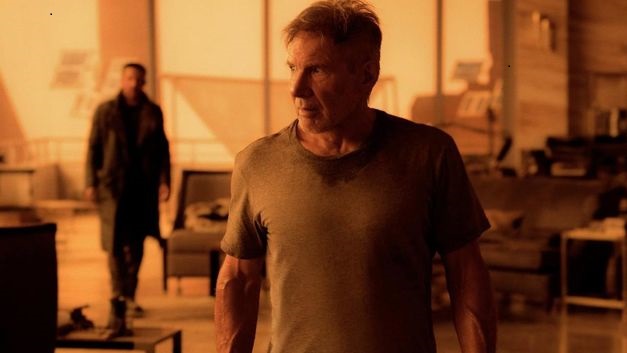 Traces of radiation from the wooden toy horse lead to Deckard's hideout within the ruins of Las Vegas.  K learned from Deckard that he altered the birth records for his daughter's protection and placed her in an orphanage.

Their meeting was interrupted by Luv and her goons, intent on kidnapping Deckard for Wallace.  K was badly injured from fighting them off to prevent it.  He was being tracked by Freysa, leader of the replicant freedom movement, to rescue him.  She insisted that K do everything he can to stop Wallace from learning how to create replicants that can reproduce.

K was told the whole truth to better understand that Ana Stelline was the only child of Deckard and Rachel.  Farmer Sapper Morton witnessed her birth as a temporary, surrogate parent with Freysa.  His memories of having a wooden toy horse at the orphanage were not his own, but really Dr. Stelline's.  She was the only one capable of implanting them in him and other replicants.  After hearing all that, K no longer felt special to believe that he may be human.

To Wallace and Freysa, they both had a vested interest in the miracle birth of Stelline for selfish gain.  Deckard and Rachel resembled Adam and Eve - being the first ones to individuate - become individual entities, separating in an arrogant way from their creator and produce a child for their intent to thrive.

When Deckard was taken off planet for torture by Luv, K fought hard to defeat her this time, then stage Deckard's death to protect him from Wallace and the replicants.  This allowed for a family reunion that was staged by K, between father and daughter, to have a greater sense of purpose for his life in making it all possible.