Synopsis: Called "Computers with Skirts," mathematicians Katherine Johnson, Mary Johnson, and Dorothy Vaughan were hired at NASA's Langley Research Center in Virginia during the space race.  Even though they experienced racism and sexism in the workplace, these three African American women achieved professional milestones at NASA by contributing their talents to make the manned missions into space a reality.

The film's story that features three African American women of the NASA space program is a mix of truth and fiction.

As a consequence of the Cold War, the United States and Soviet Union engaged in a space race that began in 1955.  It was the height of paranoia when the Soviets took the U.S. by surprise when they launched the Sputnik 1 satellite into Earth's orbit, establishing airspace superiority.  Americans feared the worst: being spied on and attacked from above by their enemy.

Before this time, the United States conducted a secret mission near the end of World War II called "Operation Paperclip" that lasted from 1945 until 1976.  They rushed to collect as many former Nazi scientists as they could to exploit their knowledge for the building of the space program and military industrial complex in America.  Many were members of the Nazi Party and the Gestapo.

Just as secretive was the development of anti-gravity, artificial sun and levitation technologies by NASA during the 1950s to 1960s.

At NASA's Langley Research Center in Hampton, Virginia, colored women were hired to do mathematical computations for the space program, earning the nickname "Human Computers with Skirts".  Among them was Katherine Goble Johnson, a mathematics and physics genius.  She was joined by her close friends Mary Jackson, an aspiring engineer, and Dorothy Vaughan, fellow mathematician and unofficial supervisor of their segregated department at West Area Computers.

Al Harrison, NASA's director of the Space Task Group, pressured the staff to double their efforts.  Training with the astronauts was in 14 days.  They had to send men into space before the Soviets do. 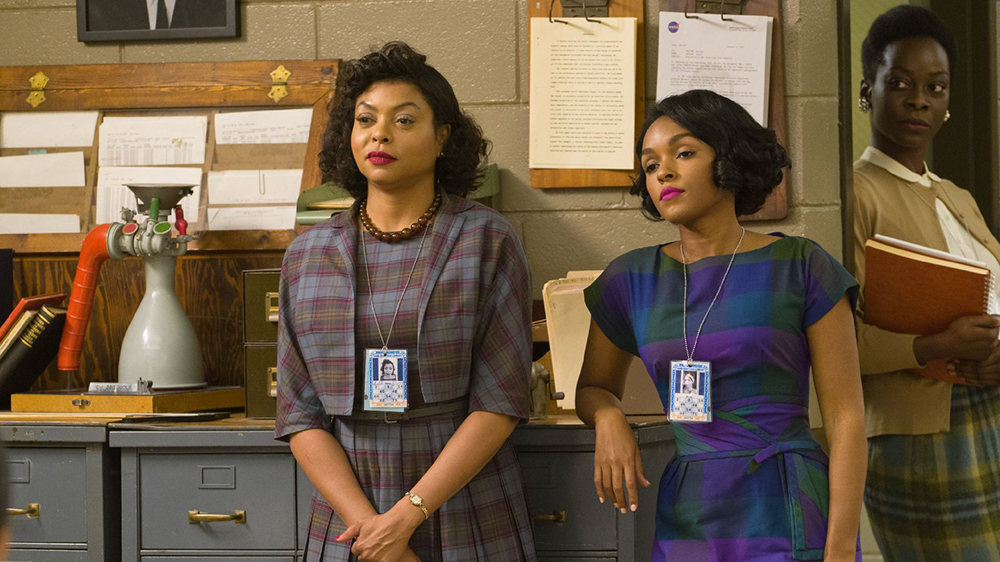 When a mathematician with a background in analytical geometry was needed, supervisor Vivian Mitchell reassigned Katherine to join the all-male flight research team.  And to Mary's delight, she was transferred to work alongside the engineers of the Mercury 7 program.

Briefed by the secretary, Katherine was told what to wear and not wear. They never had a colored person in their department before, so don't be an embarrassment.  Just do your work and keep your head down.

Right away, Katherine was mistaken for a custodian and not accepted as an intellectual equal by Paul Stafford, head engineer of the Space Task Group - reflecting the racist and sexist attitudes of their era.

During a failed testing of the space capsule's heat shield, Mary recognized the flaw, pointing it out to the head engineer, Karl Zielinski.  He was impressed with her mechanical insight, encouraging Mary to get a degree in engineering.  According to him, they were living the impossible, going beyond the societal limitations placed on him as a Polish Jew and on her as an African American woman.  His attitude reflected how Jews have thrived around the world, despite persecution, by being relentless - a quality Mary will need.  NASA does not commission females to be engineers.  If she wants an engineering degree, she'll have to get the local court's permission first to take advanced extension courses at a Whites-only high school.

As for Dorothy, she requested to be made the official supervisor of the West Area Computers division, but was met with unfair resistance by Ms. Mitchell.  There's no way, even though Dorothy has been performing the duties of a supervisor without the title.

A quote by famous Russian author Leo Tolstoy best describes the tensions between Dorothy and her racist supervisor at NASA:

"I sit on a man's back, choking him, and making him carry me...and yet assure myself and others that I am sorry for him and wish to ease his lot by any means possible...except getting off his back."

At work, Katherine and her friends were subjected to institutional racism that many Blacks recognize as "invisible racism."  It is not overt like slavery, but just as oppressive through unjust laws and regulations imposed on them by the White establishment.  The Jim Crow laws were instituted to keep things "separate but equal."  It made racial segregation of all public facilities nationwide legal and binding.

This was painfully obvious every time Katherine needed to use the toilet.  Instead of using the one down the hall, she had to run in heels to the bathroom for colored women that was half a mile away, forcing her to take 40-minute breaks each round trip.  Even Katherine's boss was annoyed enough to question her frequent absence in front of everyone.

Historically, it was really Mary Jackson who was inconvenienced at NASA.  She was made to take the long walk, just to use the restroom for coloreds only. 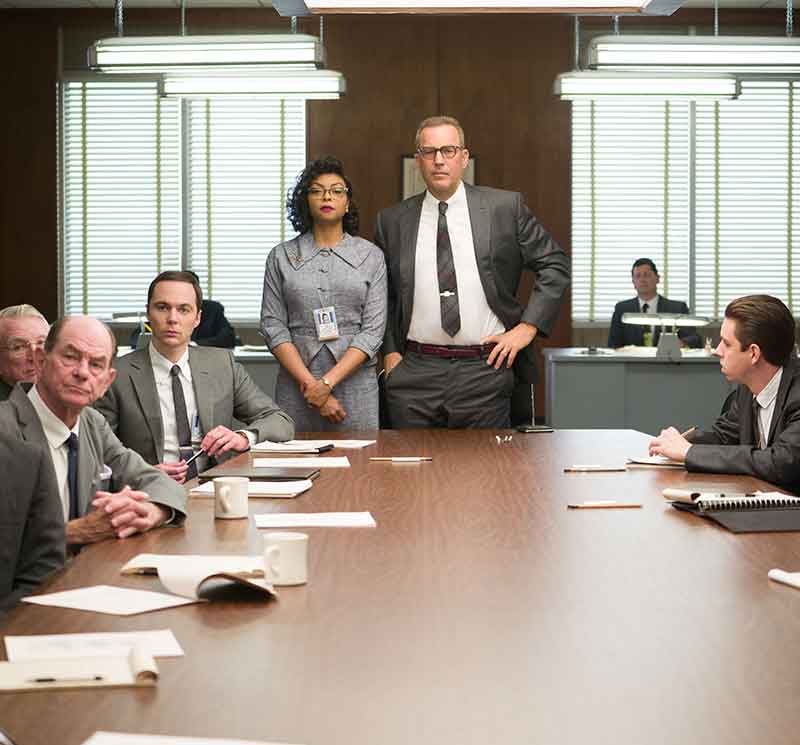 Separating fact from fiction, the real-life Katherine Johnson revealed that she was treated as a peer and didn't feel the segregation at NASA because everybody there was doing research.  "I knew it was there, but I didn't feel it," she mentioned during an interview.

In the film, Al Harrison tore down the Colored Bathroom for Women sign and allowed Katherine into the Pentagon briefings with NASA.  Historically, this never happened.  A "white savior" was written into the movie as fiction to gain wider acceptance by audiences.  This is according to viewers who are upset about that Caucasians are commonly used in Hollywood films to save people of color from their oppression.

For anyone caught up in racist thinking, it can keep you in a very low level of social consciousness that's rooted in the ego-mind wanting separation from others.  The way to get beyond this is by operating from the higher mind through principles.

Sharif Abdullah, founder of The Common Way, recognized at a young age that there was something wrong with fighting for Black Power.  It was too localized and not global in perspective because it didn't take into account the dire needs of other disenfranchised groups.

By taking the Black Power stance, "you are a victim and villain in this society."  It violates the principles of inclusivity to realize that "my fate is inextricably tied to yours."  We can come together in dialogue through shared beliefs and common goals to birth a new society that works for all.

"Exclusivity is a failed mindset.  It hasn't worked in the past and the proof is that we are headed for extinction," teaches Abdullah. 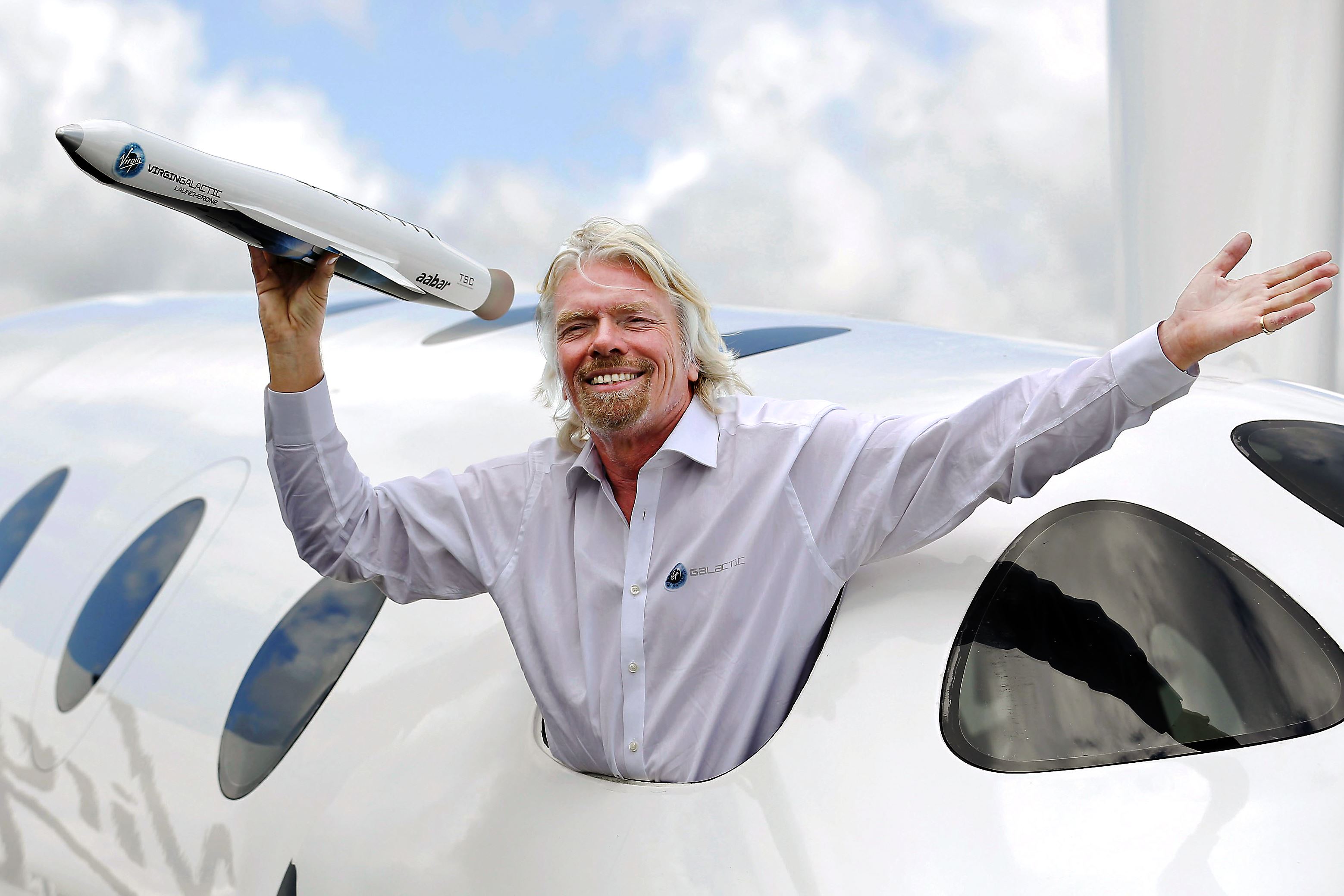 Dancing at a birthday celebration for Dorothy's son was interrupted by late-breaking news: Soviet cosmonaut Yuri Gagarin became the first person in space to make an orbital flight.  It surpassed NASA's earlier feat when Alan Shephard took a suborbital flight in a Mercury rocket to blast off and make a huge arc, then fall back down to Earth again.  NASA would have to do more than a manned orbital flight, but shoot for the moon to win.

A different kind of space race is being waged today.  Instead of a rivalry between adversarial countries, it's by billionaires competing for private exploration of space to attempt interstellar colonization and commercial tourism.  Leading the way are  Jeff Bezos of Amazon; Paul Allen, co-founder of Microsoft; Richard Branson, head of Virgin Atlantic; and Elon Musk of Tesla. 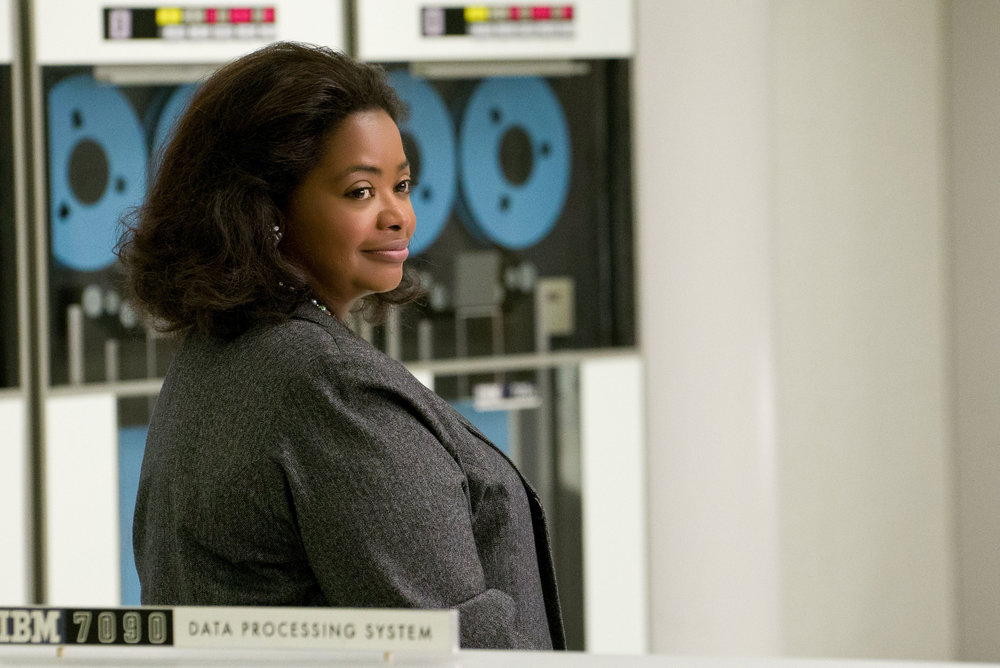 Mary made a historical breakthrough by convincing the judge in court to let her take night classes.  She became the first Negro woman in America to attend an all-white high school and earn a degree to be NASA's first Black woman aeronautical engineer.

Dorothy had enough foresight to know that the newly installed IBM 7090 Data Processing System would one day replace her at NASA.  The computers were designed to do hundreds of calculations in seconds.  By learning Fortran, the programming language for scientific computation, then training her co-workers in it, Dorothy became an asset.  She was later assigned to supervise a team of 30 women mathematicians in the programming department.

As we near the Robotics Age in 2025, millions of jobs will be lost. According to Futurist Thomas Frey, having a working knowledge of coding will be a necessity as rapid growth industries will need workers for the construction of drones, designing sensors, 3-D printing, big data, hyperspeed transportation, driverless transportation and more. 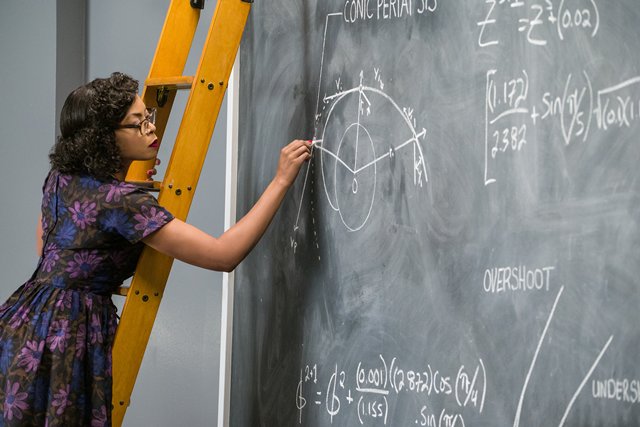 NASA's Space Task Group had little time to mathematically figure out how to safely launch the Atlas rocket that would be piloted by Astronaut John Glenn to do elliptical orbits around the Earth, then make a parabolic, safe descent.  The team was clueless until Katherine masterfully calculated how it could be done, reverting to "old math" by following Euler's Method.  Even after Katherine was instrumental in plotting an exact mathematical course for the orbital flight, her services were no longer needed by the Space Task Group.  She was transferred back to the West Area Computers division.

Just before Astronaut John Glenn was to board Friendship 7, the landing coordinates for the capsule provided by the IBM computers were noticeably off.  He hesitated to do the launch, insisting that they "get the girl to check the numbers," referring to Katherine.  Once the calculations were verified by her, he was ready to go.

After three orbits around the Earth, Friendship 7 was in danger of losing its heat shield.  Katherine was fast thinking to suggest that they should leave the retro-rocket attached to heat shield for reentry.  The plan worked.  Streaking like a fireball to re-enter the Earth's atmosphere, Friendship 7 splashed down safely into the North Atlantic Ocean.

Katherine was later reassigned to work with the Analysis and Computation division.  Her trajectory calculations enabled the manned missions of Apollo 11 and Apollo 13 to reach the moon that were big wins for the United States in the contentious space race.

In truth, President John F. Kennedy proposed a joint space and lunar exploration with the Soviets, ten days before his assassination.  It would have ended the Cold War decades early. 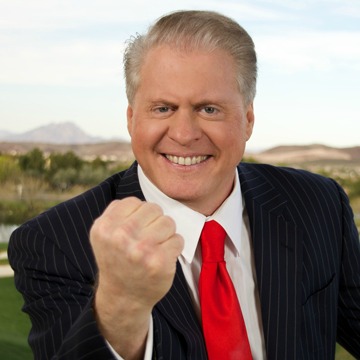 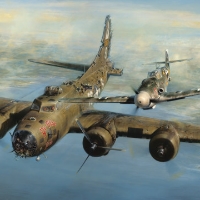