Synopsis: "John Wick 3: Parabellum" is an action and adventure drama.  On the run in New York City from assassins for having an "Ex-Communicado" status and bounty of $14 million by the High Table, John Wick sought the help of his ally, The Director - head of the Roma Ruska society for safe passage to Casablanca.  He needed to meet with his friend Sofia for an introduction to The Elder who has the authority to remove his sentence.  An adjudicator - assigned by the High Table, must assess the kind of help that was given to John by Winston of the Continental Hotel, the Bowery King, and The Director.  She calls on Zero, a top assassin, to deliver their punishment and kill John Wick.

Welcome to "Conscious Movie Reviews."  I'm your host Joy Davis and here to review "John Wick Chapter 3: Parabellum" that is an action and adventure drama.

On the run for committing an unsanctioned killing of High Table member Santino D'Antonio within the Continental Hotel, a $14 million bounty was placed on John's head.  His "Ex-Communicado" status would go into effect in 20 minutes for assassins to take advantage of.

At the city's public library, John retrieved a book called "Russian Folk Tale."  He grabbed for a marker medallion, coins, crucifix necklace, and photo of his wife within its secret compartment.

By going to the library, John relied on these valuables from former allies.  Books can represent our acquired wisdom and life experiences.  He chose an anthology of 600 fairy and folk tales - a form of escapism, similar to his need for immediate escape.

Ernest showed up to ignore John's "grace period" of only a few minutes to stab him.  John retaliated using the book's binder to break Ernest's jaw and neck.  Just like a binder that gives support to a book, he broke all support from the High Table figuratively, and literally broke his attacker's upper spine with the book's spine.

Partly stitched up by his doctor, assassins arrived to fight John at an antique arms shop.  He managed to fend off more attacks at a horse stall, then flee on horseback while being pursued by bikers along the highway.

Horses often symbolize freedom and the release of repressed energy.  Seeing a horse in a stable can represent an inner fear of being constrained; riding on one relates to John's control over his natural instincts because dogs and horses are domesticated animals, trained to reign in their powerful urges, like John has done by harnessing his ambitious drives to be masterful.  This is also similar to the Sagittarius sign in astrology of the half-man, half-horse - a centaur being with high ideals, prophetic sight, and the power to overcome sin and death.

John hurried into a theater to see The Director, a former ally and head of the Ruska Roma society.  He found her demanding perfection from a ballerina who kept making mistakes.

John was an unwelcome sight because she knew that talking with him would bring "death to her door."  They headed for the back room, past the young wrestlers in training.

In private, The Director had refused John's plea for help, then changed her mind to honor his ticket by breaking the crucifix necklace for safe passage to Casablanca.  She warned that the path to paradise begins in hell.  He was branded with a hot poker stick to seal their deal.

Using the theater as a strict training site, The Director upholds the belief that life is suffering and art is pain to have excellence.

A highly-trained ballerina symbolizes a situation that demands perfection under circumstances requiring total dedication to confront an unforgiving problem - the same way John must be exacting in his moves for survival.

Presenting a crucifix to The Director relates in a biblical sense to sacrificial death at the cross for true liberation.  John must allow his former self, a property of the High Table, to die first.

An Eye for an Eye

The Adjudicator, a representative of the High Table, showed up at the Continental Hotel to meet with Winston, then The Bowery King at his lair.  Based on her findings, they must give up their position for helping John Wick.

This is a good example of how karma can bind you to the consequences of your actions in an exacting way.  The High Table upholds a very simple understanding of cause and effect, known as "an eye for an eye."  Because the Bowery King gave John seven bullets, he must abdicate his throne in seven days or else.

The Adjudicator acts like an agent for the Lords of Karma to pass final judgment on the accused.  Winston received an accounting of his misdeeds and punished in return - a form of karmic debt.

Allegiance to the High Table

When it came time to deal with The Director's lack of fealty for aiding John too, an assassin's sword sliced through her hands when they were clasped together.  She was crucified without a cross for accepting John's crucifixion necklace - another biblical association.

The Bowery King had suffered seven slashes to his body for not giving up his throne.  He survived the attack, determined to get revenge.

In a religious sense, the High Table rules resemble commandments and karmic laws.  Even though they pledge their fealty, meaning allegiance, any "under the table" acts are a violation and transgression of the commandments.

The Adjudicator called on Zero, a Japanese assassin at a sushi shop, to eliminate John Wick.  He gave his promise of service, then prepared a dish of blow fish that she ate without soy sauce.  By Zero's estimation, John is his true equal in combat strategy and prowess.

Having the name of Zero relates to pure potentiality.  By regarding John as his equal, he acknowledges that they've both evolved from being fighters with potential to living examples of excellence and mastery.  As a highly trained sushi chef with a flair for precision, Zero mastered the art of preparing blow fish.  In the hands of another who is not as precise at making the dish, any remaining poison can kill up to 30 people.

For the Love of Dogs

At Casablanca, John met with Sofia, a former assassin and close friend, to offer his marker.  She owed him.  He needs a meeting with the Elder - the one who sits above the High Table, who has the power to waive his bounty.  Sofia resisted at first, then made good on her promise by introducing John to her boss, Berrada.

Berrada kept the Elder's whereabouts vague, except to say that John would have to roam the desert, following the bright stars of Canis Minor, till he can't walk anymore.  In exchange for the information, Berrada wanted Sofia's dog.  She refused, so her beloved companion was shot.  Sofia retaliated by killing him and his men with help from John and the remaining attack dogs at the kasbah.

Sofia's three dogs is associated with Cerebrus, the 3-headed dog in Greek mythology that guards the temple of Medusa.  Instead of a temple, she oversees the Moroccan Continental as the hotel's manager.

As an alpha female, Sophia asserted her power in combat as "top dog" among men, ordering her companion dogs to emasculate them on command.

Pilgrimage to See the Elder

John got dropped off at the desert.  Sofia provided him with some leftover water that she swilled in her mouth and spat back in the bottle.  He followed the stars as directed through the dunes to eventually collapse from heat exhaustion, then carried away by the Elder's men.

The scene resembles a religious pilgrimage that requires a fast for clarity of intent.  It was fortuitous that John would be guided again by a small dog; this time, the two bright stars of the constellation Canis Minor at night.  And he needed a pardon, equivalent to asking for one from the Pope.

John woke up face-to-face with the Elder to ask that his sentence of "Ex-Communicado" be reversed to keep the memories about his wife alive.  John would have to kill Winston for the request to be honored.  He cut off a finger with ring attached as an offering to re-affirm his fealty to the High Table.

Their agreement is similar to an arranged marriage with a wedding ring.  Like the Catholic Church, there's no tolerance for divorce by the High Table, so John's commitment to them is permanent.

Back in New York City, John had to fend off assassins at the station and on bike to finally arrive at The Continental Hotel with Zero following him inside.

When John would not kill for the Elder and Winston refused to step down as manager,  the Adjudicator was forced to officially declare that the grounds are now deconsecrated.  This is similar to removing a religious blessing from a building that was once blessed by a priest who had made it sacred ground earlier.

Armed forces with bullet-proof vests moved in for a shootout.  Winston gave John free access to the hotel's large cache of guns, calling their defining moment Parabellum - translated to mean that "if you want peace, prepare for war."

According to self-help expert Brandon Bays, she defined freedom as liberating your boundless potential.  Winston liberated John by providing him with enough fire power so he can do what he does best - hunt.

The Master in Motion

In a fight, John was outnumbered by Zero and his men within a glass room that displayed crystal skulls and a video mural of artwork on the walls.  He used his belt for defense against them.

The battle was a show of precision fighting as an art form, punctuated by wavy art and a clock to represent fluidity and precision of their moves.  Crystal skulls encased in glass revealed the High Table's fine artistic taste in acquiring excellence, including the best assassins.

John was also a work of art.  He embodied an ideal that life is suffering and art is pain.  He fought with an exacting, purposeful style that's backed by strong, clear intent.  This was from repeatedly conforming his will through the body with weapons to be a creative expression of his Soul's signature.  True masters in battle can go beyond the mind to be purely in the moment, referred to as a Zen mind, for their Life Force to flow through them so that their moves appear effortless in an instinctive way.

John did not disappoint his fan boys; they were honored to go against a true master.  With a sword to his chest, Zero lost his life.

Time Out for Parley

The Adjudicator ended the shootout to call for parley - a time out to negotiate.  Winston's act of rebellion was considered fealty for standing his ground, demanding that his managerial position be reinstated.  And to prove his loyalty to the High Table, he shot John several times, causing him to fall down the alley below.  The hotel was re-consecrated.

When the Adjudicator was about to leave, she checked the site where John's dead body should have been, but is gone.  She demanded that Winston take care of it.

This scene can relate in a religious way to a resurrection when a dead body has disappeared.  It was really Tick Tock, the hobo, that ferried John away to be with the Bowery King.  As allies, they declared Parabellum against the High Table.  A storm is coming. 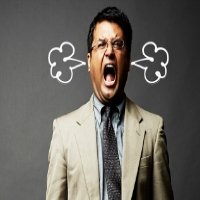