Synopsis: "Justice League" is an action and adventure, science fiction and fantasy drama. As the world grieves the loss of Superman, a new threat to humanity has returned.  Steppenwolf and his army of Parademons from the planet Apokolips must bring together the three Mother Boxes to conquer Earth. It's up to Bruce Wayne and Diana Prince to assemble their Justice League by recruiting The Flash, Aquaman, and Cyborg. Steppenwolf had already two boxes from its guardians: the Amazonians of Themyscria and Atlanteans.  With the remaining Mother Box in Cyborg's possession, the team devised a plan to access its energies for the resurrection of Superman that was risky and dangerous.  But with Superman's help, they have a better chance of defeating Steppenwolf.

The Return of Steppenwolf

As the world mourned the death of Superman, it triggered the activation of three Mother Boxes and return of Steppenwolf, a military officer from the planet Apokolips with his army of Parademons - alien bats who preyed on those in fear.  This was Steppenwolf's second attempt at combining the boxes to conquer Earth and regain favor with Darkseid, his master.

The Mother Boxes operate in what scientists call a zero-point energy system.  Quantum Mechanics has proven that space is not empty.  It's actually full of invisible, tremendous energies that can be harnessed.

Steppenwolf managed to forcibly take the first box from one of its guardians, the fierce Amazonian warriors of Themyscira, and get away by teleporting with his army to another dimension.

Famous inventor Nikolai Tesla taught that atoms spinning in motion can become gross matter.  If you manipulate its movement to start and stop the atomic whirl at will, it can cause matter to form and disappear.  Tesla proved this by teleporting a naval ship and its crew called "The Philadelphia Experiment" conducted by the U.S. military in 1943.

The global threat of Steppenwolf's return forced Bruce Wayne and Diana Prince to quickly assemble a team they called "The Justice League."  Their task was difficult because every member had a default tendency to withdraw and hide.

Wonder Woman withdrew her leadership in an emotional way for many years, after losing her true love.  She no longer wanted to inspire others to fight for, then die for a cause, like Steve Trevor did.

When superheroes retreat to their shadowy sides, their behavior mirrors how many of us have trouble accepting our powers, the God Force within, as we hold ourselves back from effecting profound change in this world.

Batman was aware of being fragile as an aging Dark Avenger with no superhuman abilities.  He compensated by providing his resources of having wealth and gadgets.

As for Batman's leadership, he did not inspire, but intimidate.  If he were to drop his alpha-style of management to become a socially intelligent leader that can gain consensus from the team and share power with them in an interdependent way, he would earn their respect.  It's a more mature style that's non-aggressive, combining intuition with empathy to negotiate the league's unique needs.

The Flash as Snowflake Justice Warrior

Barry Allen, known as "The Flash," was their first recruit.  He had the ability to move at superhuman speeds by tapping into the Speed Force.  As a loner, Barry was eager to join because membership gave him social acceptance.

The Flash represented his Millennial Generation.  Born between the years of 1981 to 1997, many are tech savvy, young adults who lack social skills and life experiences, like Barry did.  Unfortunately, one in five Millennials suffer from mental illness to have high anxiety and depression.  It's likely from Barry's behavior that he is an Aspie with Asperger's (to be high functioning on the Autistic spectrum).

When it was time to battle with Steppenwolf's army at a facility under Gotham Harbor, Barry lacked courage.  He had to be coached on-the-spot by Batman to reframe his thinking.  Instead of seeing it as a scary fight, he was told to focus on saving one person at a time.  It worked to rescue the S.T.A.R. Lab employees.

Barry's hesitation to fight is an example of why Millennials have been labeled as "Snowflakes" for being too sensitive and wimpy.  They are seen by many as a generation needing safe spaces to escape feelings of fear - giving a bad impression that they're totally unprepared for the adult world.

Arthur Curry at first resisted Bruce Wayne's recruiting efforts, then changed his mind after losing the second Mother Box in an underwater fight with Steppenwolf in Atlantis.

As a metahuman, Aquaman had super-strength and can communicate with sea life telepathically by saying that "the water does the talking" to the fish.

Famous scientist Dr. Jacques Benveniste would agree with Aquaman that water has intelligence  and memory.  He proved this by digitally recording water's ability to hold memories.

Cyborg: Half Man, Half Alien Technology

By appealing to their shared feelings of grief, Wonder Woman tried to recruit Victor Stone, also known as Cyborg.  He resisted at first, then relented when his father, Silas, and other S.T.A.R. Lab scientists were kidnapped by Steppenwolf to go after the third Mother Box.

Held in his possession, Victor understood its power from relying on the box's energies to power his cybernetically-enhanced body.  Even when his mind absorbed alien intelligence, Victor managed to keep his humanity intact.

Cyborg's presence on the Justice League team represents how society is on the tail end of the Digital Age and moving towards the Robotics Age in 2025.  It's not impossible to believe in a future filled with humans having nanotech-enhanced abilities.  Many have already experienced the uncomfortable shift on a spiritual level as we go from a carbon-based to silicon-based consciousness.  Just like Cyborg, we're able to take in more information and light energies within our physical and subtle bodies to go beyond our third dimensional awareness.

Return of Superman from the Dead

In an elaborate plan by the Justice League to resurrect Superman at his burial site using the Mother Box, he awoke from the dead to be like a violent zombie.  He was hard to restrain.  It took Batman's idea of bringing in Lois Lane to shock him back into his old self.  Steppenwolf took advantage of the moment to steal the unguarded box when no one was looking.

Superman's resurrection was symbolic of our society's call for a rebirth.  Many want principled leadership that's seriously lacking in this world.  We're drawn to the Midwestern values of the United States that Superman was given by his adoptive parents to have humility, be altruistic, self-sacrificing and down-to-earth friendly.

The Justice League Comes Together

The showdown took place in Russia.  Caught in the middle was a family of villagers, eager to escape.  The league had to keep Steppenwolf from uniting the three boxes while fighting off the Parademons.

This last scene is very telling about emerging trends currently playing out.

As authoritarianism is on the rise, humanity is just like the villagers making a break from the ego-based, predatory practices of institutions that Steppenwolf represents.  It's to go from an archaic mindset that creates too much separation to a holistic one that's egalitarian and inclusive.  We're in a time of declining rule by patriarchy to make way for the sacred feminine to assert its influence, like Wonder Woman.  It's a call to save our planet by being in harmony with Nature, as demonstrated by Aquaman.  So it's even more important that we make this evolutionary shift by keeping an inner balance - aligning our feelings with the head and heart to serve others so we don't isolate with technology like the Flash and Cyborg.

When the league could not separate the boxes, Superman showed up to do the job with his x-ray vision and use his breath to freeze Steppenwolf's weapon, leaving him afraid and vulnerable to prey by the Parademons.  They immediately sensed his fear to swoop Steppenwolf away through a vortex.  Earth saved. 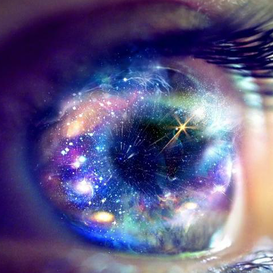