Synopsis: "Maleficent" is a fantasy, action and adventure drama, based on the classic fairy tale, "Sleeping Beauty."  This review is a comparison between two iconic women mirroring each other: Maleficent, the fairy protector of the magical realm called the Moors, following her troubled relationships with two, greedy kings from the neighboring human kingdom and the life of famous actress Angelina Jolie doing work as a leading lady in Hollywood and serving refugees in war-torn regions of the world for the United Nations.

Welcome to "Conscious Movie Reviews." I'm your host Joy Davis and here to review the movie, "Maleficent," a fantasy, action and adventure drama, based on the classic fairy tale, "Sleeping Beauty."

When a thief named Stefan was caught stealing a gem, she confronted him.  He came from the nearby kingdom of humans, ruled by the greedy King Henry.  As a fellow orphan, he felt like a kindred spirit.  Maleficent's heart was moved.  Their friendship grew over time that warmed into a budding romance.

Many moviegoers have pointed out that the actress Angelina Jolie was perfectly cast to play "Maleficent."  This was no accident or mistake.  Parallels can be drawn between these iconic women because their lives mirror each other in symbolic ways.

These kingdoms can be seen as two very different worlds where Angelina does her "magic".  There's the Moors that's likened to the five continents where she served as a goodwill ambassador for the United Nations and to the opposite extreme is Hollywood that's ruled by greedy men.

Being a U.N. representative suited Angelina's fascination with other cultures, like the diversity of creatures she safeguarded as Maleficent.  Her special interest is in helping refugees, especially orphans, who are survivors of war and natural disasters that Stefan represents when he crossed the border.

Maleficent knew that Stefan would never hurt her when he threw away his ring that caused fairies to burn from touching iron.

On Maleficent's 16th birthday, Stefan gave her a true love's kiss.  They eventually grew apart.  He abandoned Maleficent for years, tending to human affairs because of his ambitious nature.  This is similar to Angelina's first betrayal by a man - her father, the actor Jon Voight.  He broke up their family in a divorce to live apart as he pursued his interests in Hollywood.  Growing up with a skewed understanding of love, Angelina attracted serial relationships with men that lacked true commitment.

Maleficent became a powerful protector of the Moors that was a threat to King Henry.  He attempted to invade her kingdom with his troops as a grab for power, but was injured at the border by Maleficent and her allies.  This is comparable to Angelina's work for the United Nations, traveling to war zones.  By getting a pilot's license, she flew a plane (with mechanical wings) to ferry aid workers and deliver food supplies.

Wounded and dying, the king promised that whoever can kill the winged fairy and avenge him can take the crown and marry his daughter, Princess Leila.  This was Stefan's grand opportunity.

Returning to the Moors, Stefan resumed his relationship with Maleficent.  She forgave him for his folly and ambition.  In return, he offered a tainted drink that rendered her unconscious.  Instead of getting stabbed, Stefan sliced off Maleficent's wings with iron.  She woke up deserted and in great pain.

This is an unusual coincidence.  Angelina's first attempt at cutting as a form of self-harm was with a boyfriend in high school.  She described the moment by saying, "It didn't hurt.  It was cold, and it felt so primitive and it felt so honest."  Even though Maleficent was burned by iron, Angelina came alive from feeling the pain of a blade slicing her skin.  Collecting antique knives of great beauty from around the world became a hobby.

As for the removal of Maleficent's wings, it's equivalent to how the actress underwent a preventative, double mastectectomy and had her ovaries and fallopian tubes removed to avoid getting cancer.

Raven for a Companion

Feeling betrayed, Maleficent misused her powers in a cold-hearted way to turn the Moors into a dark realm.

As a teen, Angelina Jolie identified as a punk with a goth look.    She often suffered from depression to come off as too dark with an icy and cold demeanor.

By saving a raven from capture, Maleficent earned the loyalty of her new servant, Diaval.  He would be her "wings" and spy by transforming into a man on command.

A raven can often represent death and serving as a messenger between two worlds.  Not only is Angelina a raven-haired beauty, she got certified as a mortician in her teen years and contemplated death by suicide.  Like Diaval, Angelina's older brother James has been her closest companion.

Maleficent became furious when Stefan was crowned the new king.  Consumed by revenge, she released a torrent of green, dark magic and positioned herself to be the Ruler of the Moors.

With the birth of Princess Aurora, her christening called for a grand celebration.  All manor of folk attended, including the three fairies: Flittle, Thistlewit, and Knotgrass.  They magically gifted her with both beauty and a happy disposition.

Maleficent showed up uninvited to bestow a gift.  The princess, she announced, will grow in grace and beauty - loved by all who meet her.  But, before the sun sets on her 16th birthday, she'll prick her finger on a spindle and fall into a death-like sleep.  She can only be awoken by her true love's kiss.

The name Aurora, which means dawn, is the opposite of Maleficent's darkness.  Despite this difference, they complemented each other by having a symbolic relationship that's between an adult and their inner child.

Many pschoanalysts associate Aurora's finger getting pricked to mean that she'll be menstruating at 16 years old.  Because this review is about the actress, she liked the feel of sharp knives that's more than a prick.  Self-mutilation was how Angelina dealt with feelings that cut too deeply during her teen years. On the day of her marriage to actor Jonny Lee Miller, she wore black rubber pants and wrote his name in blood on the back of her white shirt.  Years later, the media drew attention to the vials of blood worn by Angelina and her second husband, Billy Bob Thornton, that was a show of their bond.

Placing the princess in a death-like sleep can relate to Angelina's state of passivity from feeling chronically depressed with thoughts of suicide and abusing recreational drugs.

Maleficent's spell worried the king, so he seized every spindle in the kingdom and threw them in his dungeon.  To protect the princess, she was left in the care of the three pixies at a remote hideaway in the woods.  Posing as peasant women, they were not the most mindful caretakers of Aurora, so Maleficent and Diaval discreetly helped out when it was necessary.

Like the fairies, Angelina's mother gave up acting to be her full-time caretaker.  They moved out of Los Angeles to live in New York until she turned 11.

As the princess grew in beauty and grace, her father became increasingly paranoid.  Men were dispatched to hunt down Maleficent, but failed to enter her kingdom that was walled off by thorns.

The huntsmen for the king is similar to when Angelina constructed her own murder by hiring a hitman.  He asked that she think about it for a month, which was enough time for her life to improve.

Maleficent watched Aurora from afar for years.  When they finally did meet, the princess mistook her for a fairy godmother because she often felt Maleficent's presence in the shadows.  They had many happy times together at the Moors.

The day before Aurora's 16th birthday, she chose to live with Maleficent, but needed to notify her three aunts.  On the way to the cottage, the princess met a young man named Prince Phillip.  There was an immediate attraction between them.  This is very much like Angelina Jolie's tendency to fall in love with her male co-stars that were short-lived, passionate affairs.

To keep Aurora from living with Maleficent, her aunts told her the truth about the curse.  Feeling upset, she headed for the castle, demanding to meet her father.  She was compelled to follow the alluring voices that lead to a door where piles of spindles were kept.  The princess went in and pricked her finger, falling into a deep sleep.

Maleficent wove her magic, putting Prince Phillip to sleep and transporting him before Aurora so she can receive his true love's kiss.  It was not enough.  Feeling remorseful for what she had done, Maleficent vowed that no harm will ever come to her and sealed it with a kiss.  Aurora woke up this time.  The curse was broken.

Angelina's saving grace was not by the kiss of a man, but from a motherly love she felt towards her adopted son Maddox from Cambodia.  It was enough to awaken her from an emotional stupor so she can live more consciously for her son's sake.

The king's men attempted to slay Diaval as a dragon and capture Maleficent with an iron net.  Aurora released Maleficent's wings from a glass enclosure to save them.

The fight scenes mirror the way Angela and her father were "out for blood."  They battled by airing out their grievances in public.  Calling his daughter "crazy" before the media didn't help.  It was just another act of betrayal.

The fight between Maleficent and King Stefan ended when he fell to his death from the castle's hightower.

In the end, Aurora was crowned the queen of both kingdoms.  Angelina as well.  She received high honors for her humanitarian work worldwide and has been called the "Queen of Hollywood" as one of the top earners per film as an actress. 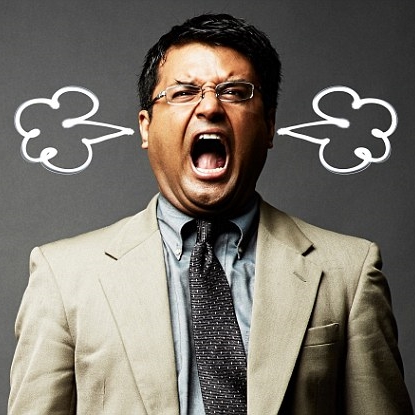 Hidden Meanings Behind the "Beauty and the Beast" Movie (Spoilers)