Synopsis: TV Host Lee Gates of the "Money Monster" show and production crew found themselves in a hostage situation by angry investor, Kyle Budwell.  He forced them to go live about wanting answers from the CEO of IBIS stock or else Lee gets shot or blown up while wearing an explosives vest.  Budwell invested $60,000 of his whole inheritance money in IBIS and suddenly lost it all.  The company claimed that $800 billion in investors' money just disappeared due to a computer glitch in the algorithm during high frequency trading.

At the start of Lee Gate's flashy TV show, he casually tells his audience that money is just photons of energy moving through optic fiber cables.

It can be summed up to mean that money is neutral, it's neither good nor bad. Since it's digital and you can't touch it, we assign our own value to money with our beliefs from childhood programming. We either carry thoughts of abundance or poverty consciousness.

Prosperity Mentor Sandy Forster recognizes that you can repel abundance, prosperity, and total financial freedom, just by your thoughts. On average, we have 60,000 thoughts a day and 90% of them are repetitive.

Abundance comes from what's stored in our subconscious minds. If you want to change your finances, then change your core beliefs. 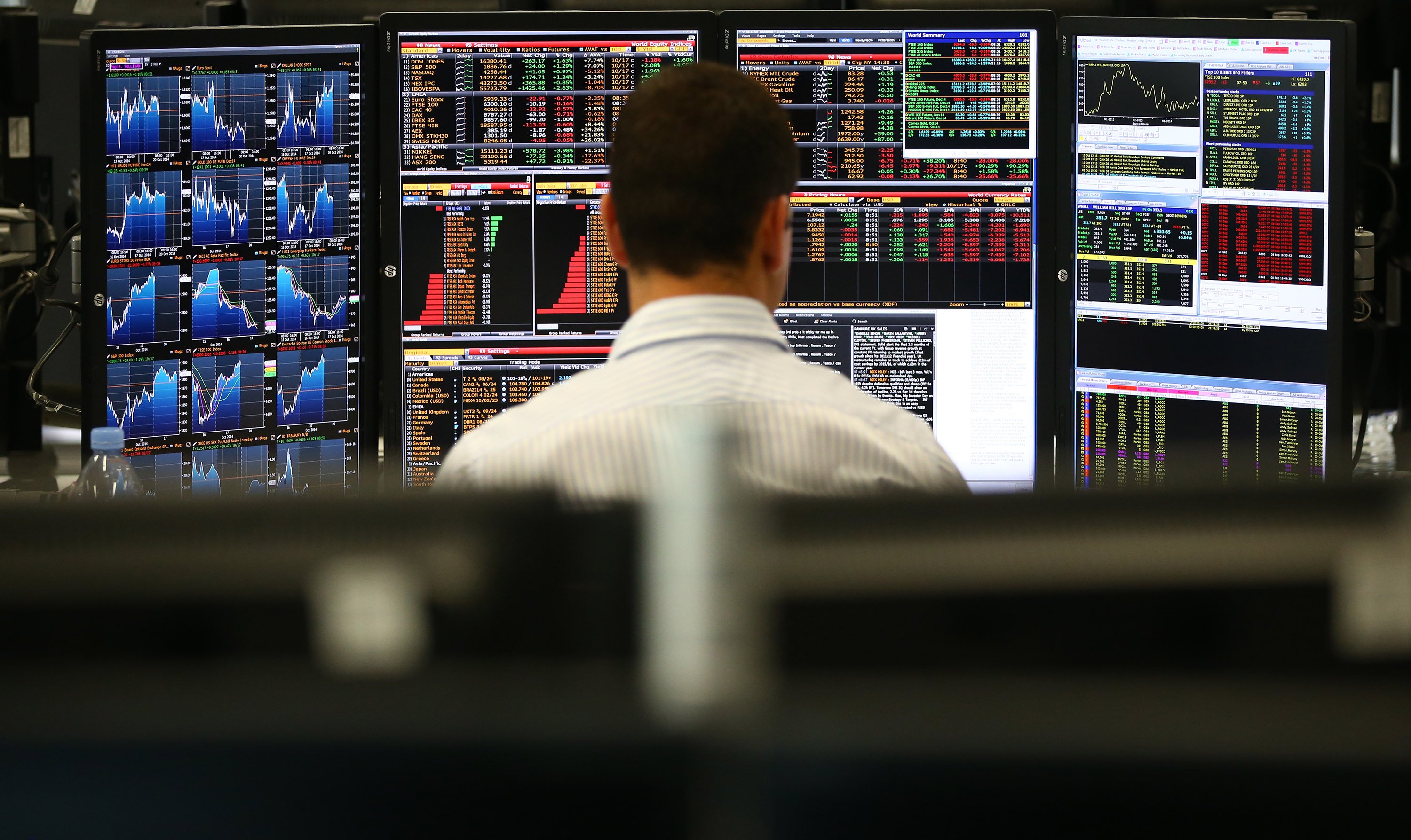 TV host Lee Gates of "Money Monster" discovered that the stock by IBIS Clear Capital had tanked, resulting in a huge loss of $800 million for all of its investors. It was allegedly from a computer glitch - an algorithmic malfunction affecting the company's high frequency trading. CEO Walt Camby was unavailable for comment on the program. He had to leave for a business meeting in Geneva.

World famous Futurist Thomas Frey predicts that Big Data has the potential to destroy the economy. It's like a digital game of "My algorithm can beat your algorithm."

Currently, high frequency trading is being played out by supercomputers at the rate of over 100 million trades per second. This is based on huge volumes of data collected, then used for making lightning-fast transactions. Automated systems are doing the grunt work of trading. It will further deteriorate into more bot vs. bot warfare. 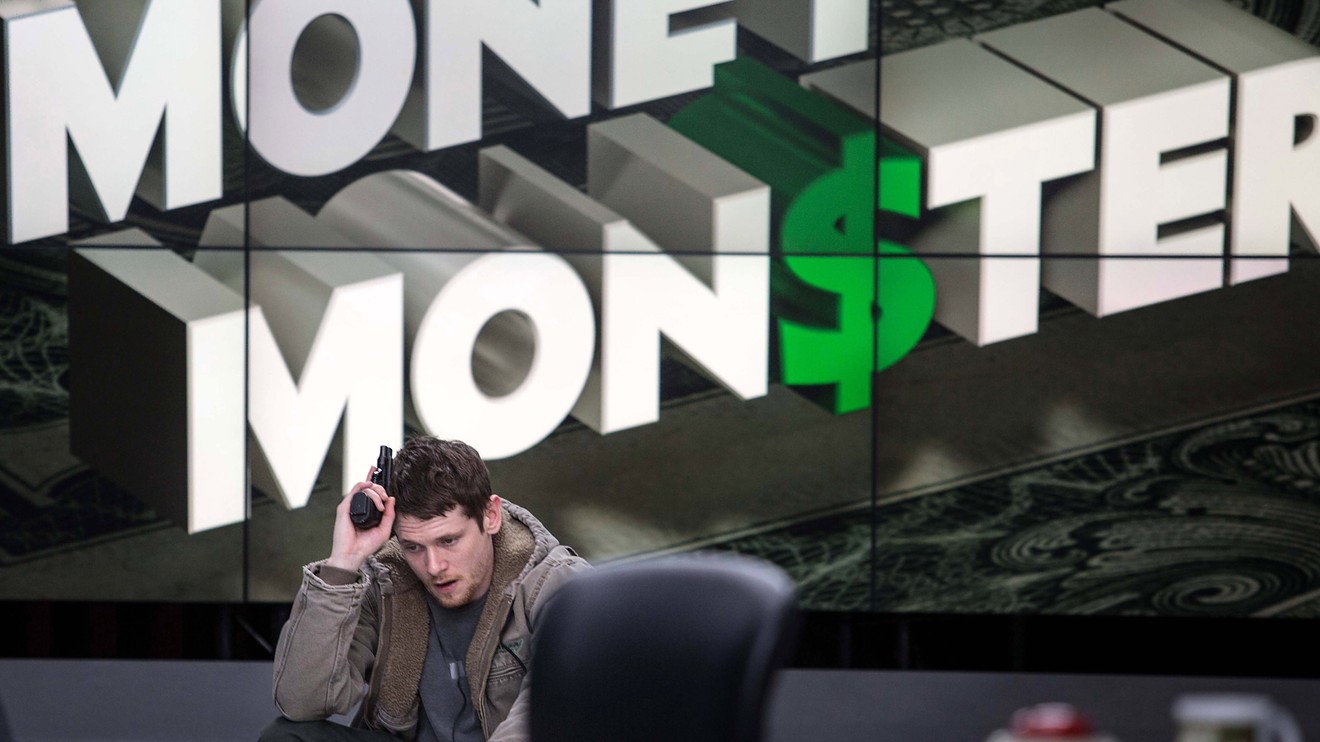 A Victim of Your Own Financial Beliefs

Posing as a delivery man, Kyle Budwell interrupted the studio's live taping of the show. He fired off a gun and took the TV host and production crew as hostage.

From watching a previous episode of "Money Monster," Kyle bought into the cocky confidence of Lee's "Stock Tip of the Millennium," assuring his audience that the IBIS stock was safer then a savings account, so he went all in, investing $60,000 of his entire inheritance gifted by his mother who passed away 6 months ago.

Unfortunately, the stock was a bust. Kyle forcefully demanded answers and financial reparations made out to all of the investors who lost their money on the IBIS trade like him.

According to Finance Coach Joan Sotkin, those who act out their subconscious, core belief of "People Take Advantage of Me Financially" characteristically lose money through bad investments; get into financial rescue dramas; are underpaid; victimized through a financial scam; and have misfortune from bad financial advice. Kyle Budwell fit this profile perfectly. He was also the type to invest emotionally in the stock market.

It's all about support, teaches Sotkin. She coaches that financial situations mirror personal relationships. When you support yourself and others on every imaginable level, it manifests naturally in money flow. Feeling disconnected from others creates the financial opposite: lots of money worries. 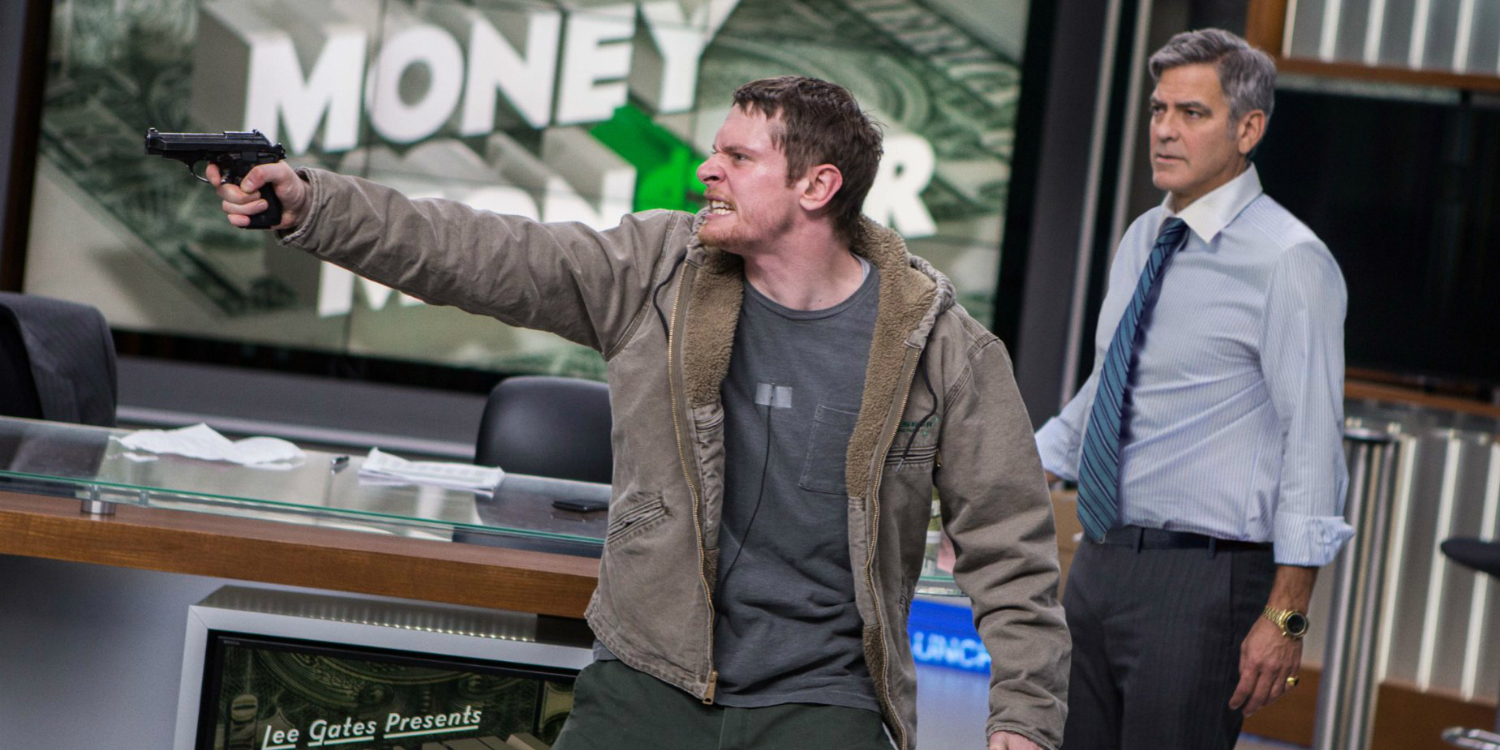 Kyle would either shoot at Lee or blow him up wearing an explosives vest if he doesn't get answers fast. He ranted on live TV about how those in Wall Street are stealing from us, the general public, while government looks the other way. Wake Up! They are the real criminals, not him.

Based on a study by Ron and Pat Potter-Efron on styles of anger, Kyle Budwell exhibits Explosive Anger. Rageaholics like him can fly into blind rages, capable of killing others, and themselves, in their mindless fury. It's also a form of Addictive Anger. They like the intensity of their anger because it provides a "rush" or emotional "high," even if they don't like the trouble it causes them. Their lives feel dull without these periods of intense feelings.

As a solution to their problem with anger addiction, they have to commit to letting go of all anger binges and learn to live life in moderation. 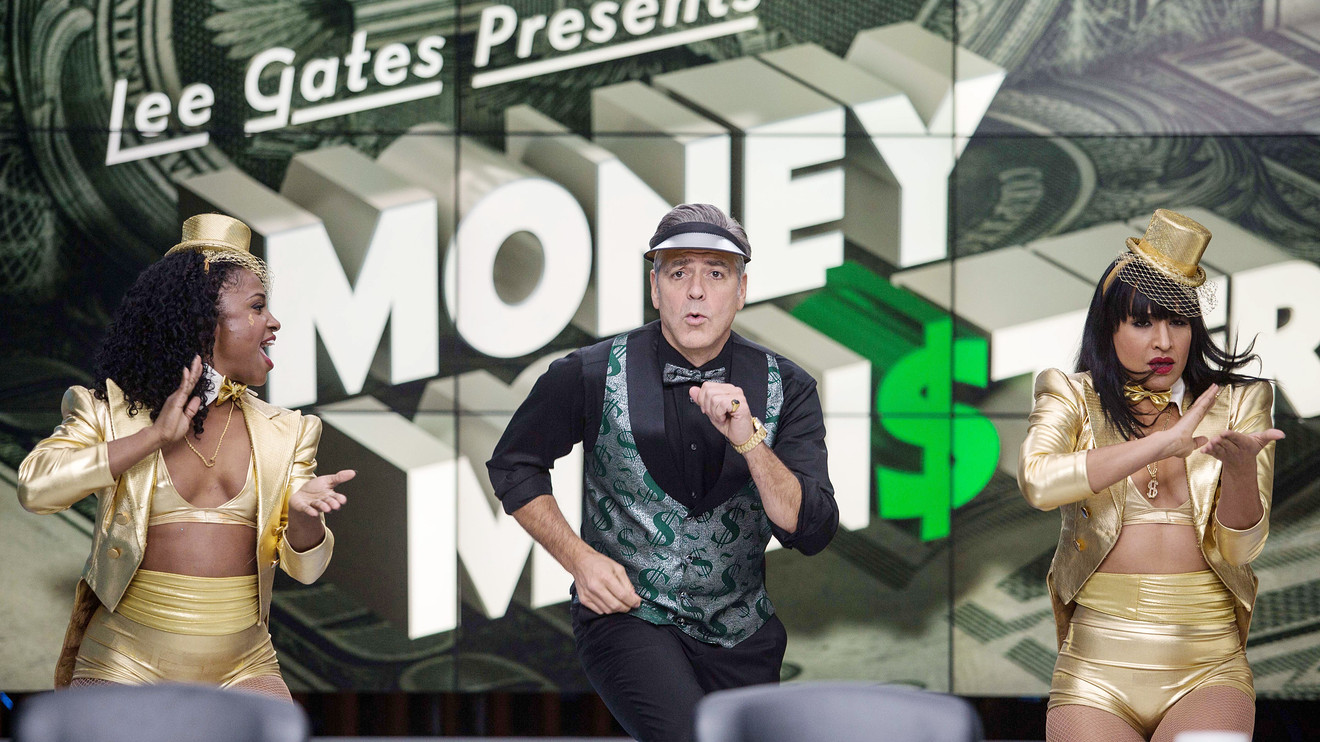 Not Buying Into Arrogance

As an idea, Lee encouraged the viewers to do the right thing and buy IBIS stock to save his life. By sheer force of will, they may collectively move IBIS from sell to buy. As the price kept dropping, it reflected back to the TV host what his life was worth to them. It was a wake up call for Lee about his low value to others.

Being brutally honest, Kyle told Lee, "You don't buy your own bullshit. You believe in money,"

When you are attached to social glamour or fame, it's hard to break from this illusion. For those like Lee who don't have a solid inner life, they seek out the real "gold" outside of themselves. The true treasure they seek can only be found with an awakened heart.

Kyle was outspoken about his hard luck life of earning only $14 per hour as a Parcel Truck Driver to support a new baby on the way.

When the production crew was able to get Kyle's pregnant girlfriend on TV with a remote camera, she violently lashed out at him as public humiliation. Lee felt a growing compassion towards Kyle and his cause. 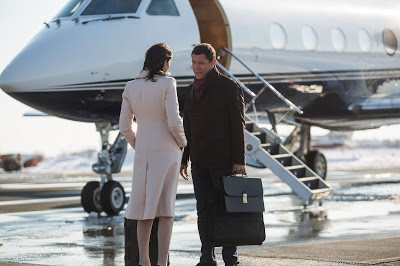 Motivated by Greed to Steal

In order to save Lee's life, TV director Patty Fenn sprung to action, seeking out answers for Kyle. Even she was upset with IBIS for defrauding their investors.

Behind the scenes, Patty was able to get Won Joon, the programmer, on the phone from Korea to explain what happened. He said there was no way that the algorithm was designed to lose $800 million. There's human fingerprints in all of this. It was hacked into.

Futurist Thomas Frey warns about the risk of high-frequency trading by pointing out that "these data pools can be fabricated, manipulated and auto-generated in less time than it takes for a human to blink an eye, the entire value of the markets can fluctuate over $100 trillion and back again without leaving any humanly understandable trace of what just happened...How long will it be before a series of trading algorithms go terribly wrong, causing the markets to simply implode?" 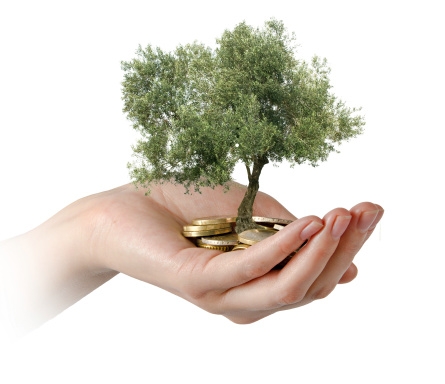 Capitalism: An Addiction to Economic Expansion

With the help of hackers based in Iceland and Diane Lester, the former Chief Communications Officer for IBIS, they were able to track the whereabouts of CEO Walt Camby and uncover his manipulative money scheme.

It was Camby's plan to take the stolen $800 million and invest it in a South African mining stock that was low in price from a union strike. It can predictably rise in value to sell high after the strike is over to generate a multi-billion dollar profit. It was a sure thing if Moshe Mambo, the union's leader, would just take his bribe money to stop the strike. He refused the offer and Camby's plan totally backfired.

Brian Whetten, an expert in authentic leadership and conscious business teaches that a major financial crisis is rooted in an addiction to economic expansion.

"Our entire financial system is based on the root assumption that the economy will continue expanding - that there will be more money tomorrow than there is today," explained Whetten.

This is supported by the popular belief that "money will grow" and "money we invest in the stock market will grow."

For Capitalist thinking to evolve, we must come to the understanding that exponential expansion is unsustainable. Capitalism needs to be both sustainable and conscious as a win/win for ALL. 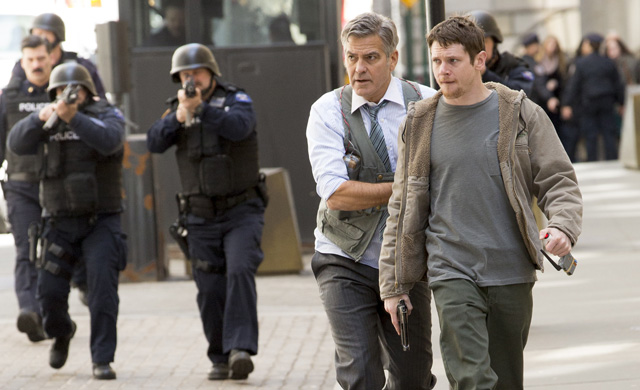 Truth & Justice for All

In the end, Lee formed a strange brotherhood with Kyle as a joint quest for the truth. They headed outside for a publicly televised confrontation with the CEO of IBIS at the nearby Federal Hall. It became a nasty showdown where Camby admitted to massive investment fraud before Kyle was shot dead. 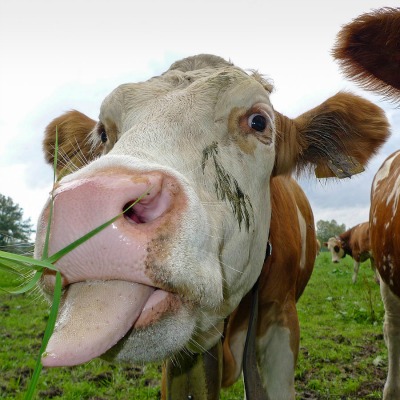 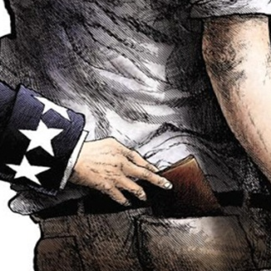 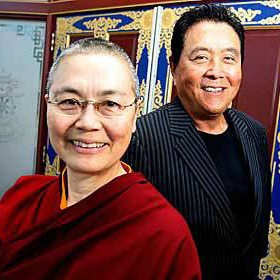