Synopsis: "Predator" is a sci-fi action and adventure film set in the jungles of Central America.  It's a life or death struggle between a special ops American team for hire by the CIA and an unseen, alien being within the treetops that systematically ambushes the men and keeps their bodies as trophy kills.  It is up to Dutch, the sole survivor of his group, to use his best hunting skills against this being that has an advantage over him with its technologically advanced weaponry. 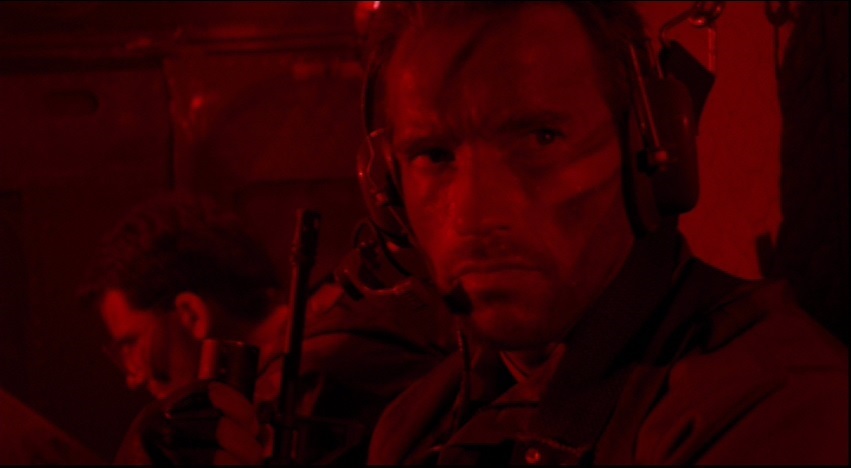 Welcome to "Conscious Movie Reviews."  I'm your host Joy Davis and here to review the sci-fi, action and adventure film, "Predators."  My analysis of the special ops team being hunt down by an alien is based on sexual psychology.

Deep within the jungles of Central America, an army commando team for hire arrived on the beachfront.  They were lead by Alan "Dutch" Schaeffer to rescue a cabinet minister taken as hostage within enemy territory. Assisting them for the one-day operation is CIA man, Al Dillon - a friend of Dutch.  As a warning to the group, they were on their own with no back-up help.

Dutch's team spotted the downed helicopter and discover the bodies of three men, identified as Green Berets, hung upside from a tree and skinned.

Nearby the rebel camp, they kill the terrorists and take Anna, a surviving hostage with them as prisoner.  Dutch concluded that they were duped.  Dillon confirmed this to explain that this wasn't a rescue attempt, but a mission to gather military intelligence.

As the group headed for the exit chopper, an alien being from the treetops watched them closely, preparing to hunt them down systematically. 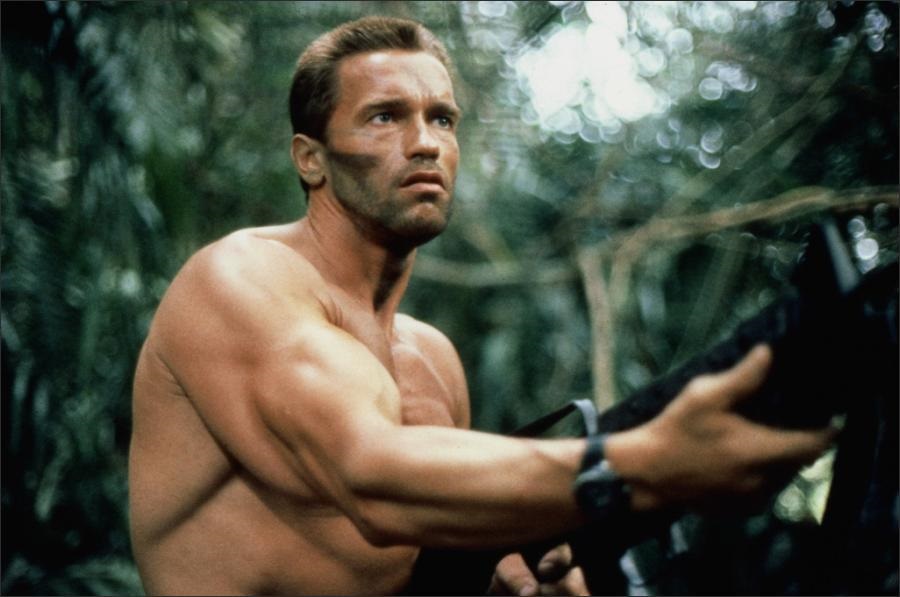 Based on sexual psychology, the team's arrival in the jungles of Central America suggests that Dutch was seeking to express his more animalistic drive that's wild and exotic and can't easily be restricted by conformity that the military likes to do.

Dutch can feel uncivilized in the jungle to satisfy his natural, sexual urges with a wildly exotic, hyper-feminine being.

Finding three military men hung from a tree and flayed can represent how a power-hungry woman likes to emasculate men.

A weapon-wielding woman can cast a "male shadow" for self-protection from attack.  These types prefer to take dominant control, rather than own up to feeling insecure.  She fights just like a man to reflect an inner fight against sexism and resisting her own femininity that's oppressed by men. Aspects of her female side have been bloodied and butchered, so she does the same to them. 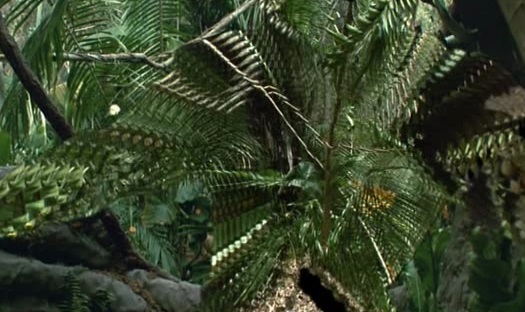 When Anna tries to escape, Hawkins goes after her, but is ambushed by the alien in high-tech camouflage.  His body was found hanging from a tree like the others.  Blaine goes down as well from laser-like blasts by their unseen enemy.

When Mac, then the group, fired on the distorted-looking humanoid, Anna noticed luminescent green blood dripping from a tree leaf.  The being's howl from pain was added proof that they wounded whatever was out there with glowing, green eyes.

High value girls prefer alpha males, singling them out like the alien did with Dutch.  He was a real catch for being a hyper-masculine man leading immature men who use their guns as penis power.

And in the crossfire, green blood dripped from above, similar to the ancient practice of having women bleed into the green Earth for fertility.

A predatory woman in need of power and control represents the second wave of feminism that started in the 1960s by women who like to emasculate men, dragging them down to their self-hating level.  This is similar to how the special ops team was systematically abused to challenge their masculinity.

That night, traps were set around the jungle, in hopes of capturing their stalker, but got a wild pig instead.  The alien traveling through the treetops ambushed more of the men, leaving only Dutch to fend for himself after making Anna head for the chopper.

A captured boar related to the group's intent of trapping a sinister and demonic woman.  This is because in ancient mythology, a wild pig represented the Earth Goddess who is beyond good and evil. 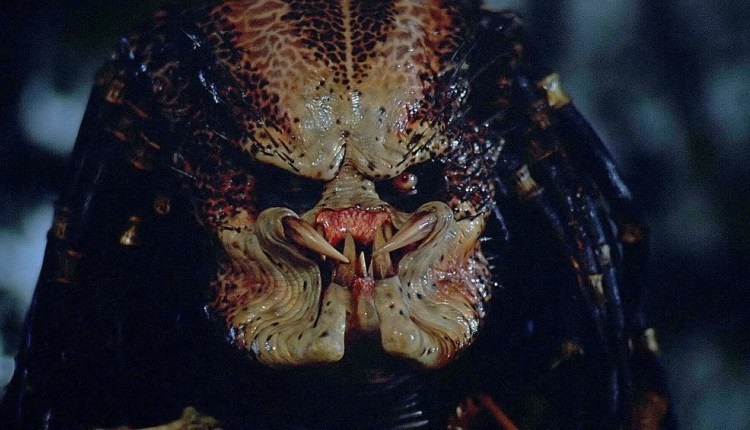 Based on the universal "Law of Attraction," we can magnetically draw to us our equal match to mutually learn valuable lessons from each other.  Dutch was exactly like the alien for getting into power games, being stealthy, patient in observing a victim's nature, likes to wear camouflage, and operate from a military mindset.

The alien's hunting style resembled the cat, known to ambush its prey and kill for sport, making it one of the greatest hunters in the animal kingdom.  They similarly have glowing eyes at night for keen sight.

Sexually, women are often associated with being cat-like when they're on the prowl for a man.  Young felines are called pussy cats, like how women are known to have pussies.

Summoned for combat with a war cry, the alien took off its mask.  Dutch was disgusted to see what looked like a pussy face with mandibles and teeth.  His reaction reflected how women have been made to feel shame about their vaginas that must be kept hidden.  For centuries, the abuse, suppression and oppression have been held in women's bodies.  Because of this rejection, she can't love her sacred, vaginal power.  Instead, it's misused to offer a pussy challenge involving games of manipulation to get a man's love and respect. 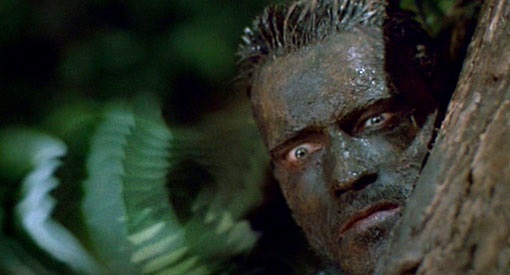 In the end, the alien was pummeled by a swinging log and left to die.  Dutch managed to escape when he noticed a bomb was set to be detonated.  As the mushroom cloud formed,  a helicopter arrived for his timely rescue. 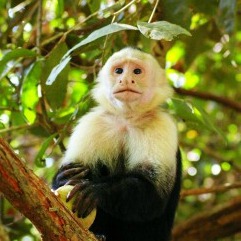 Monkeys are Made of Chocolate: Eco-Tourism in Costa Rica