Synopsis: Selected by "Conscious Movie Reviews," "Solo: A Star Wars Story" is a sci-fi, action and adventure film that follows Han Solo in his early years of being initiated into the dark underworld.  When he his best friend Qi'ra was captured by the White Worms Gang in Corellia, Solo vowed to help get her back. By joining Tobias Beckett's gang, he meets Chewbacca to form a team that would steal a train shipment of coaxium hyperfuel.  Qi'ra and Solo would meet again, years later, to both get involved with Dryden Voss, head of the Crimson Dawn syndicate.  They have to steal unrefined coaxium from the Kessel mines.  They go in together with Lando Calrissian, a charismatic card player and pilot, to attempt the dangerous mission on his beloved Millennium Falcon ship.

Welcome to "Conscious Movie Reviews."  I'm your host Joy Davis and here to review the action and adventure, sci-fi drama, "Solo: A Star Wars Story," focusing on Han Solo as a lesson in authenticity and how his circle of underworld relations reflected his true nature.

On planet Corellia, the White Worms gang, headed by Lady Proxima, cornered Han and his lover Qi'ra, demanding the stolen coaxium.  Instead of handing it over, the two fled to a nearby spaceport, careful to get past the tight security.  They offered the coaxium as a bribe at the gate.  Only Han was allowed entry by the Imperial officer, leaving Qi'ra captured.  He vowed to return for her.

Following his desire to see the galaxy, Han enlisted as a pilot.  When the officer asked for his surname, he couldn't provide one.  Seeing that Han is an orphan and all alone, he was named "Solo."

By getting involved with the White Worms gang, white symbolized their criminal involvement that's childlike and new, doing "dirty deeds" for lowly worms of the underworld.

Coaxium is a highly prized fuel for hyperspeed travel, but very unstable.  It resembled Han as an exceptional pilot for being the fastest in the galaxy with a quick wit and unstable.

By being given the surname of Solo,  it was prophetic.  He took it on as a way of creating his own destiny.  It also influenced Han's behavior to remain fiercely independent and self-reliant.

After getting kicked out of the Imperial Flight Academy for insubordination on planet Mimban, Han Solo was drawn to three thieves posing as fighters.  He attempted blackmail on Tobias Beckett, the group's leader, in order to join them.  The plan backfired when Beckett lied to Imperial officers to have Han arrested for desertion, then thrown into a pit with a beast.

Leaving the military was best for Han.  Instead of getting ahead by following the rules of an institution, he thrived from the randomness of life.  Han's gift is being able to assess a dangerous situation by taking a holistic view, then slowing down momentarily to find "openings" within the chaos that would give him an advantage.  When you draw from your creativity in a relaxed way, well-rounded solutions can come to you like this.

Down below, Han Solo conspired with Chewbacca, the Wookie beast, so that they can both escape.  Beckett changed his mind after seeing them together.  They could be a real asset to the gang, so he enlisted the two for a dangerous heist - stealing a shipment of coaxium on Vandor-1.

By freeing Chewbacca from the pit, Han earned his trust and lifelong loyalty.  The Wookie was like a corporal who was subservient to Han, preferring that he be given clear direction on what to do, then get out of his way.   They shared the same tendency to live on the edge and be counted on to get a job done.  Chewbacca showed up on Han's path to serve as a constant reminder that he needs to be loyal to his authentic self.

The train heist was foiled by the Cloud Riders who ambushed them, leading to the deaths of two gang members and the shipment exploding.  Beckett feared for his life, afraid of what the crime boss would do to him for failing.  Han offered to help him get another stash of coaxium.

Symbolically, a train represented conformity to do things in an orderly way, like Han's on-the-job training with seasoned smugglers.  And a train wreck can relate to how someone wants you to pursue a goal that you're not passionate about.  Han took part in the heist as a means for Han to earn his freedom and save Qi'ra, but went off-track.

The chance encounter with Beckett was Han's initiation into the dark underworld.  It also gave him a foreshadowing of what he would become over time: cynical, mistrustful, and in constant survival mode.

As a group, they reported their loss to Dryden Voss, a high ranking crime boss of the Crimson Dawn syndicate.  Han was surprised to see Qi'ra there as Voss' lieutenant.  The red mark on her wrist was proof of Qi'ra's bondage to criminals.

As young orphans who grew up together in Corellia, Han had remained true to himself.  He refused to compromise his authentic self with anyone, whereas Qi'ra aligned herself with a crime syndicate, handing her personal power over to others out of fear.

As an offering to repay the debt, Han proposed that they do another heist, but for unrefined coaxium within the mines on planet Kessel.  It was a time sensitive mission to get the fuel, then take it quickly to a refinery before it explodes.  Voss agreed to the plan on the condition that Qi'ra join them.  She knew just the right person who would lend them a ship.

Renowned finance coach Joan Sotkin teaches that when you are in constant debt with doubts about ever getting out of a financial rut, it's rooted in a subconscious belief of being trapped and seeing your behaviors as shameful, so you must be punished.  Han Solo felt unworthy of support from years of being an orphan with no one to turn.  These feelings manifested his dire financial situations.  He became a smuggler, always bargaining his way out of debt with his life on the line.

At Cloud City, Han Solo met the smooth-talking gambler, Lando Calrissian.  He was also an accomplished smuggler and pilot.  They agreed to his demands, allowing him to join the team with his droid and receive a generous cut from the profits in exchange for their use of the Millennium Falcon.

Even though he cheated at card playing, Lando really likes rules to find any loopholes within them when he needs a way out.  By being his magnetic self, Han Solo learned from him about how to use your sexual energy for making business transactions.  If harnessed well, it can give you incredible drive to be highly productive for your success.

On board the ship, the female droid and co-pilot, L3-37, spoke of equal rights and being in a physical relationship with Lando.  She revealed Lando's pansexual leanings to be attracted to all sexual orientations and genders, including droids.  Like many pansexuals, they are very inclusive - more interested in the person than their gender.

They arrived at the Kessel mines to extract the unrefined coaxium with great difficulty while a revolt was happening all around them - waged by L3-37 to free the enslaved droids of the mining colony.  The guards came out with their guns, shooting her down.

As a Social Justice Warrior, L3-37 demonstrated such typical, reactionary behavior.  They can have a hysterical sense of outrage at a perceived injustice, even holding ordinary people accountable - like those who may not be directly responsible for the atrocities.  Many refuse to show respect and tolerance as part of a two-way street.  They may not even be a member of the groups they're defending.

Meaning of the Millennium Falcon

With the coaxium on board, the team still needed to get past the Imperial blockade of TIE fighters and make it through the Maw, a cluster of black holes, while being chased by a tentacled space monster.

By hot-wiring L3-37's navigational system into the Millennium Falcon and use a bit of the coaxium for a boost to hyperspeed drive, they made the Kessel Run in short, quick jumps within a historical 12 parsecs.

Both the tentacles and the black hole represented how Han was being pulled into an all-consuming, destructive lifestyle - a one way trip that can lead to death.

The Millennium Falcon symbolized Han's quest for freedom and sovereignty made possible through enhancements.  The ship was modified with legal and illegal adaptations, including L3-37 for superior navigation and her rebellious streak thrown in to give it personality.  Han may look worn out like his ship, but they're full of surprises.

The group landed on Savareen to have the coaxium processed at the nearby refinery.  They were interrupted by Enfy Nest and her rebel group, the Cloud Riders.  Han was sympathetic to their cause of making sure the Crimson Dawn syndicate doesn't get the fuel to gain power because a war had just begun.  Beckett didn't like that he intended to sell the coaxium to these rebels.

In a meeting with Dryden, they dealt with each other over access to the case of fuel through multiple, double-crossings.  A fight erupted that lead to Qi'ra murdering Voss with his own blade.  Han left her to save Chewie from capture, firing first on Beckett to kill him.

She took Voss' place, reporting directly to Darth Maul, head of the Crimson Dawn syndicate.  Following his orders, Qi'ra left with the ship, leaving Han  stunned by her betrayal.

This is an example of the universal Law of Attraction at work.  Qi'ra and Han were naturally drawn to each other at an early age because they were exactly alike - survivors with a knack for double-crossing and their gangster mentality that's all about the money.

Qi'ra wore a gold necklace that stood for the Crimson Dawn syndicate.  Gold signifies greed and temptation that Qi'ra suffered from.  Because it is semi-circular in design, the shape reveals that Qi'ra is half-empty like a semi-circle, leaving herself vulnerable to the unknown that is the criminal underworld she lives in.

With a coaxium vial as a gift from Enfys Nest, Han exchanged it for thousands of credits needed to have a rematch with Lando in the game of Sabaac.  By secretly taking away Lando's cheating card before it could be used, he won full ownership of the Millennium Falcon, fair and square. 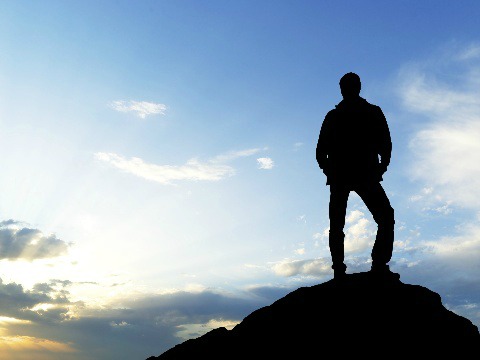 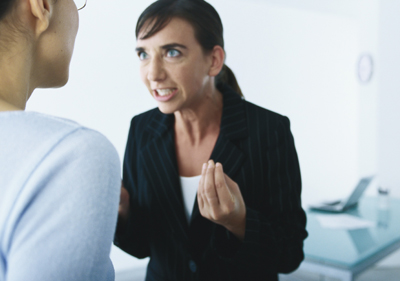 Lessons from a Difficult Person

Secrets & Lies: Surviving the Truths That Can Save Our Lives