Synopsis: “The 5th Wave” is a sci-fi film set in a dystopian future where alien visitors called “The Other” wreak havoc by initiating 5 waves of global terrorism to exterminate all humans on Earth. High schooler Cassie Sullivan seeks refuge with her family at a refugee camp in the woods. When the military arrive, they bus the children to a military base. Cassie is separated from her little brother Sam and is determined to find and get him back, while fending for herself against attacks by “the other.”

Alien Invasion by "The Others"

Day-to-day life for high schooler Cassie Sullivan takes a dramatic turn when an alien Mothership hovers over her hometown in Ohio.  These visitors were named "The Other" with an intent to wreak havoc by initiating 5 waves of global terrorism to exterminate all humans on Earth.

Aliens from other planets have visited Earth for many years.  The most famous one was witnessed by numerous observers in both Phoenix, Arizona and Sonora, Mexico on Thursday, March 13, 1997  - a phenomenon called "The Phoenix Lights."  Moving slowly over both cities, the craft had a V-shaped formation a mile wide with orange-amber lights.  The strange craft remained in flight for 106 minutes.

Other, more recent sightings of alien Motherships hovering over large populations were in Moscow, Russia on January 15, 2013 and New Mexico on December 18, 2012. 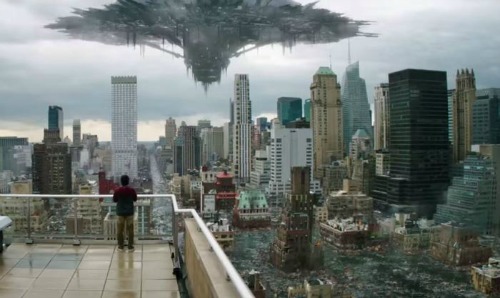 Waking Up from the Fear Matrix

The alien invasion began with the first wave: an electromagnetic pulse attack that knocked out the power grids of the world.  Second came massive tsunamis caused by dropping a large metal rod on the Earth's fault lines to kill off the residents of coastal cities.  Third was a pandemic with millions of birds used as carriers of the avian flu.  And the fourth involved aliens inhabiting the bodies of human hosts.

There is a spiritual understanding that images drive the future.  This is because the subconscious mind of man acts as a sophisticated tape recorder with no filter to distinguish between what it sees and hears on the outer and its own imaginative thoughts and feelings.  Everything is recorded without discrimination.  It's especially unsettling when we operate mostly from our subconscious beliefs that holds disturbing images from the news, in popular movies, and our own primal fears.

The apocalyptic scenes in "The Fifth Wave" reflect what's within the collective consciousness from mass programming, especially by the media and the internet creating "One Mind," but not "One Heart."  The overarching message is about mistrusting humanity because your personal freedoms are at stake, so watch out for totalitarian control.  Through these subconscious beliefs, we can collectively dream a dystopian future into existence.

How can we change that? Dianne Collins, author of "Do You QuantumThink?" suggests that the collective consciousness can resonate together to create a resonant field of intent.  We can choose a brighter existence. 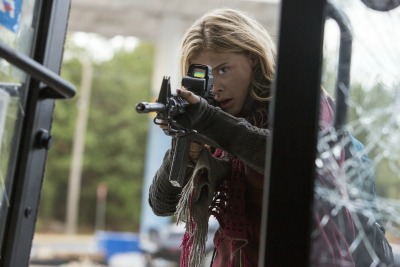 Cassie Sullivan and her young brother Sam became orphans after losing their mother first to the avian flu and then their father in a massacre by the military at the refugee camp in the woods.

As a tough but fragile teen, she had to keep her wits about her and kick into survival mode fast with only a Colt 45 for self-protection.

Cassie, along with Ringer at the military base, are great representations of their Millennial generation that were born between 1982 and 2000.  Based on the generational studies of Ann Fishman, these young women are characteristically, ultra confident from being empowered by their families and physically strong to match their male counterparts.  They are the living embodiment of the goals by the feminist movement

Cassie's younger brother Sam is of the 9-11 generation.  Just like his vulnerable character that needs looking after, these children who were born between 2001 to the present are typically over-protected because of the global threat of terrorism, so they're likely to grow up as conformists.

After getting shot in the leg by an unknown enemy on a highway, Cassie passed out.  Her rescuer was Evan Walker.  Not trusting him at first, she realized that he really cares for he and then solicits Evan's help to find her missing brother at the local military base.  They fall in love along the way.

Evan later admits that he is a sleeper agent for the aliens.  He is both human and "other."  His feelings for Cassie helped to "flip a switch" to his more human self.

Based on the observations of Meg Blackburn Losey, ph.D., she is aware on a spiritual level of the many children born into this lifetime for the evolution of humanity through their gifts and knowing.  They are known as Indigos, Crystalline Children, and Starseed Children.  Just like Evan, the Starseed Children are aware of other dimensional realities and the beings, such as aliens, within them.  They may exhibit telekinetic and telepathic abilities. 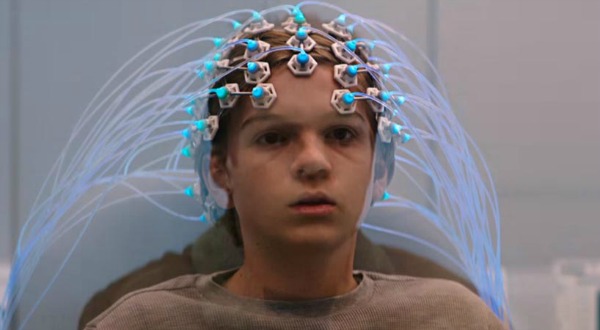 The Fifth Wave:
Viral Attack on the Minds of Children

As a final attempt at wiping out humanity, the children trained for combat at military bases were ordered to kill off remaining survivors.  This was the Fifth Wave.  Equipped with computerized helmets, they could identify alien hosts through the optics.  Fortunately, the squad headed by Ben Parish and Ringer discovered that they were being duped into shooting innocent humans.  The optics were rigged to lie to them.

When medically scanned, the aliens look like huge parasites clinging to a human brain.

Unfortunately, many of our youths today are under brain attack like this.  A large number of them are born with Autism, ADD/ADHD, and mental illness like anxiety, depression and bipolar disorder.

Based on a bestselling novel, "The 5th Wave" is one of many dystopian stories for young adults about the non-conforming hero's journey in a dysfunctional, futuristic society.

Why are so many teens attracted to these post-apocalyptic worlds?  One likely theory is that they resemble high school life with its factions (or cliques) within a brutal, social hierarchy and governed by oppressive parents and teachers preparing them for an uncertain future in a messed up world they will inherit.

In the end, Cassie rescues her brother and foils the plans of the "others" by blowing up their training facility.  She offers a parting message that's common in dystopian stories by saying,  "Hope is what will drive humans to win one day and that it's our hope that makes us human."