The Legend of Tarzan
Reviewed by Joy Ramos Davis

Synopsis: After eight years of life in England with Jane, Lord Greystoke is called back to the Congo.  He agrees to serve as a guide for American envoy George Washington Williams to find evidence of enslavement by King Leopold of Belgium.  They do battle with co-conspirators Captain Leon Rom and tribal Chief Mbonga who are enabling King Leopold's plans to divide up the Congo for personal gain.  Tarzan receives help from his many allies of the jungle to foil them. 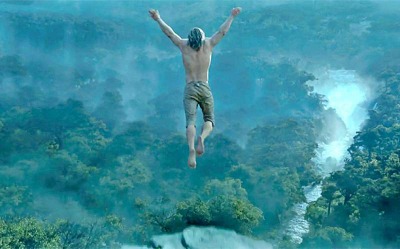 A New Vision for the Congo

When Lord Greystoke was urged to go back to the Congo by American envoy, George Washington William, he agreed to serve as a guide.  They were to find proof of enslavement of the Congolese population by King Leopold II of Belgium and inform the world about what's really happening there.

For moviegoers, "The Legend of Tarzan" can be seen as a rallying cry for help from the Congo.  Since the 1880's, the territory and its people under Belgian rule had endured years of lawlessness with tribalism, slavery, widespread rape of women, and exploitation of its vast, natural resources as a mineral-rich country.

As the second largest rainforest providing oxygen for the planet, preserving the Congo's diverse wildlife is an absolute necessity.  It would take a global effort to reverse the damaging effects of colonialism and globalism by transitioning humanity to a more inclusive state of consciousness.

As part of the new vision to heal the Congo, stewardship of the land as well as the protection of the women as precious resources is equally important.  We are all interconnected to the Congo for our collective well-being.

The Law of the Jungle

When Tarzan decided to return to the Congo, his wife Jane insisted that she join him.  He feared for her safety, remembering how brutal the jungle can be after the death of his parents by disease and attack by Mangani apes.

Raised since childhood by his ape "mother" Kala and ape "brother" Akut, Tarzan instinctively learned the Law of the Jungle, which dictates that survival is by any means possible - a test of strength and courage.

The divine laws that govern the Universe are invisible and can't be broken.  We can understand, apply, and align ourselves with these timeless principles for our own personal transformation. 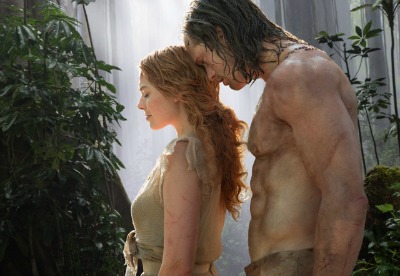 Married for eight years, Tarzan and Jane have an enduring bond of great love and sacrifice, as well as an overwhelming attraction between them.

As Soul Mates, they would be classified as Twin Flames.  Rarely apart, they communicate honestly and easily make decisions together because they think alike, mirroring their Soul self to each other.  And, Twin Flames are able to transcend the ego because the love they share is unconditional.  Their relationship gives them a sense of wholeness.

A renowned expert on ancient Vedic teachings from India about Dharma types, Simon Chokoisky described women like Jane as those who understand the power of their femininity (also called shakti) as an immense treasure they are a guardian of. They use it to build up their man, rather then destroy him.

A Child is Born

Jane had trouble getting pregnant while living in England. It wasn't until she returned to the Congo to "nest" at her father's old house in the Congo that they were able to conceive their first child.

Women like Jane can be barren, both in spirit and womb. When they do "come home" to themselves out of self-love, they can be relaxed enough to receive Spirit's abundance through fertility.

Tarzan of the Apes was originally considered an evil spirit, a ghost in the trees by the local tribes of the Congo.  He had a unique ability to communicate with different species of animals.  As a witness to Tarzan's inter-species exchanges, it left George Williams in awe.

Tarzan's superhuman talent for understanding the speech or emotions of animals is known as Zoolingualism.

Also known as Animal Communication, it's a very natural, telepathic ability that anyone can develop with lots of practice.  Most important is having a humble recognition and respect for the spiritual essence of animals as fellow, intelligent beings.

It's best to be quietly receptive and nonjudgmental about whatever is communicated to you by any animal.  As teachers, you can lean from them about how to live in harmony with Nature. 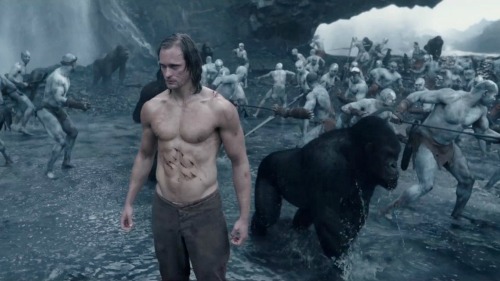 Through his deep connection with apes, Tarzan learned from them good leadership by integrity to serve the needs of your group.  He had to prove himself a worthy leader to gain their loyalty and call on them for help with his cause.

In order to defeat tribal Chief Mbonga and Captain Rom at the Port of Boma with his incoming ships of a thousand mercenaries ready to subdue the Congo, Tarzan gets help from his close allies: an army of apes, stampeding wildebeests, and crocodiles.  They stop Rom, forcing the ships to turn around and go back.  It's a moment of celebration for the natives.

Monkeys are Made of Chocolate: Eco-Tourism in Costa Rica