Synopsis: Set in 1823, explorer Hugh Glass leads an expedition party of a few dozen trappers through the Missouri River Territory when they are attacked at their camp by Native Americans, causing the group to split up.  While in the forest, Glass was badly mauled by a bear.  Barely alive, he is betrayed by fellow trapper, John Fitgerald, a heartless Texan in the group, who murders Glass' son and abandons the party.  Struggling to survive, Glass plots to find Fitzgerald and avenge his son's death.

Many of the fur traders and members of the Arikara tribe were hardy men, but acted as brutes - spiritually lacking in love and compassion, which reduced them to behaving from an animalistic level for basic survival.

The harshness of early American frontier life within the Northern Plains was punctuated by the biting cold of Winter.  Even the grayness around them symbolically colored the conflict about their choices.

Native Americans were regarded as savages.  Anytime a group reduces another as sub-human, it's a means to justify any acts of violence against them.  Bearing a half-breed native child during the 1800s were viewed with dislike and distrust - made obvious in the film with the traders' reactions to Hawk, the Indian son of Hugh Glass.

A brutal scene in the movie was of Glass getting badly mauled by a grizzly bear.

Native Americans revere Bears for their strength and confidence.  This reflects Glass' own fearlessness.  His Life Force is strong, evident in his statement, "As long as you can still grab a breath, you fight.  You breathe...keep breathing."

Being attacked by a bear can be a form of Bear Medicine for Glass, as if to say, "Let me help kill you so you don't have to keep doing it to yourself," for the emotional wounds festering within him and choosing a brutal journey this lifetime.

Hawk, the half-native son of Glass is part Pawnee.  Native Americans regard the Hawk as the Messenger of the Spirit world with the power of vision and observation.  He was aptly named Hawk for carrying ghostly visions of his deceased mother (from the unseen world), a heart balm for his grief. 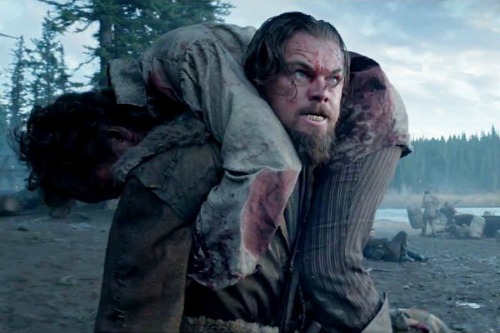 After witnessing the brutal murder of his son by Fitzgerald, Glass was fiercely determined to avenge his death.

For anyone seeking revenge, there is no peace from it.  We are not separate from each other, contrary to what the ego and mind want you to believe by projecting the illusion of separateness from others.  Once you play out either role of being the victim or perpetrator, you are karmically tied to the other person.

If there really is no separation between yourself and others, then the need to forgive another is also an illusion.  On a subconscious level, every person within all of your painful memories is you.  Again, there is no separation.  The understanding that what you do to others, you do to yourself, is absolutely true.

The real forgiveness is with yourself.  Self-forgiveness can release you of wanting to act out of righteous anger and evolve beyond the vicious cycle of destructive energy to feel whole again.

Based on the work of self-help expert, Byron Katie, she teaches that you can ask yourself several questions to effectively release a stressful thought or feeling.

According to her, we all want three, basic things: love acceptance, and approval.  We mistakenly believe that these three wants can be attained outside of ourselves, so we expect (sometimes demand) those around us act a certain way or that life needs to be just so in order for us to feel better inside.  When it doesn't happen, we have a stressful thought with an emotional charge around it.  We can let go of these demands on others because the love, acceptance and approval are abundantly available within to give to ourselves.

In the case of Hugh Glass, he felt hell-bent on committing a revenge killing. Questions he can ask himself to reconnect with his loving heart are, Who would I be if I can never have the thought of wanting to kill John Fitzgerald out of revenge?  And, How have I killed myself by wanting revenge?

The Law of  Forgiveness 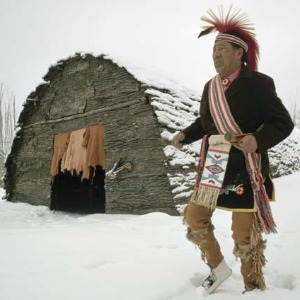