For Beyond 50's "Spirituality" talks, listen to an interview with Mystic Healer, Sonja Grace from Oregon.  She is back to offer her annual predictions, based on her gift of intuition and deep insight.  Find out what's to come this New Year from the results of the presidential election to more military conflicts.  Grace teaches that the downfall of the human race is fear.  That is the culprit of much of the unrest in the world.  We can collectively choose to evolve beyond fear into greater states of beingness and love.

This new year's theme, recognized by Grace will be "The Year of Transformation" that spans all levels on Earth - energetically.

"We're currently in the fifth dimension.  We're all going to have to get REAL with each other.  We're not acting from a REAL (authentic) place.  That energy of transformation is going to make sure that REALNESS is coming through," she explained.

In the moment, the future we're all creating together is based on our thought forms that are manifesting things very fast.  This is all the more reason to be mindful of our thoughts and words spoken.

"All of us and our thought forms are like liquid in the future and they formulate and come together, based on energy, karma, and the collective and how the collective is vibrating about that feeling.  And so, if we all feel a deep state of peace, we have an effect on what's going on in the Middle East.  We have an effect on North Korea because we're completely radiating this vibration of people and that affects everyone,," added Grace.  On the flip side, "If we're in fear...it may not manifest immediately, but there is that future creation that's happening that might bring that manifest into form."

Due to the great turbulence in all aspects of our planet, it's best that we "watch the surface, but don't be a part of it," she advised. 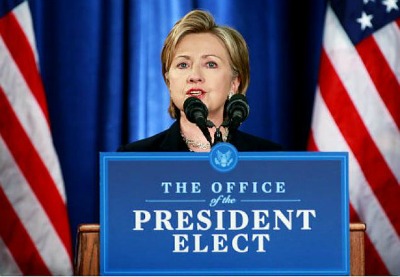 Politics - Due to health issues, Donald Trump will drop out of the presidential race.  This will make way for a Jeb Bush (Republican) - Hillary Clinton (Democrat) showdown.  The new president of the United States will be Hillary Clinton.

The Clinton Administration is all about cleaning house and getting things squared away - acting as a working unit, as opposed to the current administration that has shown a lack of cooperation towards Obama.  Hillary will be tough as a leader in some areas and willing to work with countries on military issues that is beneficial for us.

Gun Control - By the end of next year, America will have stricter regulations on the buying and selling of arms and ammunition.

Middle East Conflict - There's potential for another war to break out involving nuclear weapons.  Fortunately, it's only a threat.  No atomic bombs will drop.  There's so much unresolved and long-term karma with the Middle East.

North Korea -Their leadership wants more power and will continue to "flex their muscles," but won't amount to anything. 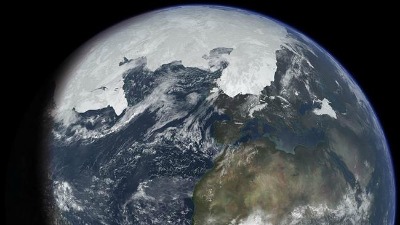 Weather Patterns - It's going to get wilder.  Big droughts in the Midwest and heavy rains in the Northwest regions of the U.S.  It all points to a cooling trend: the ocean waters are warming, which is the trend before it cools down, leading to a mini-Ice Age.

Big tornadoes in the East and Midwestern regions.  Some very severe crop damage.

We'll have more volcanic activity, which is a good, because it releases the pressure from the tectonic plates from shifting, preventing major earthquakes.

"It is a scientific fact that the (magnetic) poles are shifting from their North and South location to below the Equator and this shift is causing our electromagnetic field - the (gravitational) field around the Earth to weaken.  So obviously, the Earth has a BIG change in mind.  We're all along for the ride," said Grace. 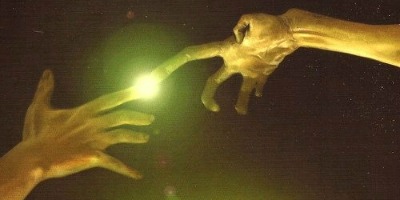 Financial Market - Periods of rises and falls, but no financial crash.  After the elections, it will even out again.

Alien Contact - More UFO sightings to come that will shock the most non-believing people.

The truth about the Moon are going to come out this year through other space explorations by other countries.

Spiritual Revolution - Many spiritual individuals will morph into a new direction - becoming an active participant in using their spirituality to do things that can protect and help the planet.

The Crystal Children (who are currently young adults) will apply their spiritual connectivity to the sciences.  They are more proactive stewards of Earth.  Their actions will lead to great advances in Quantum Physics and Molecular Science.

Also, women need to be fierce with their energy and have clarity about the bigger role they play as Warriors of the Planet to fight for it.

Grace pointed out that we're all "headed for a big change.  End of a cycle.  We're coming to an end of a phase in the next 100 years...We can go through this transformational year from a place of surrender and releasing the resistance we feel...Go within...It's an inside job...It is truly a time for people to go within and do the work inside so we can handle the transformation this year and all that's coming." 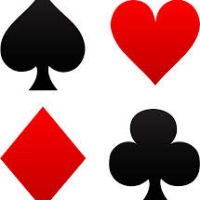