The Big Tiny: A Built-It-Myself Memoir

For Beyond 50's "Green & Sustainable" talks, listen to an interview with Dee Williams.  She'll describe the process of building her own 84-square ft. house and discovering that the important things in life is not about stuff.  Since 2008, over 20 million people have toured her little home in a virtual way.  She later founded Portland Alternative  Dwellings (PAD) to teach others how to build their own home that serves their lives, instead of the other way around.  You'll also learn about her recent travel to Japan, educating the victims of the Fukushima nuclear disaster about building their own tiny home that can be moved on wheels. 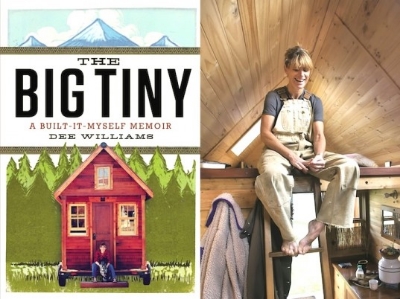 Williams made the transformative decision after a health scare: collapsing in a bookstore and being diagnosed with congestive heart failure.  She wanted a major life change that doesn't involve paying a $1,2000 mortgage on a 3-bedroom home in Portland, enjoying it a small part of the time, but mostly working overtime hours as a state Hazardous Waste Inspector, just to pay for repairs and maintenance of it.  She didn't want to die with a vacuum in her hand.

After coming across an article by Jay Shafer of Iowa City, Iowa (she nicknamed "Tiny House Man") about building his own tiny home, it was her inspiration realized, like a red light that flashed in her head.  The novel idea of extreme downsizing kept her daydreaming about the fun possibilities of building it and the stark reality of having to live in a tiny wooden house on wheels. 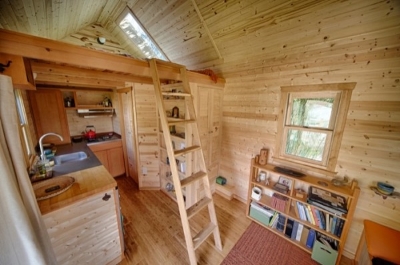 Plans were drawn up to construct a wooden home of plywood and lumber that was no more than 13 1/2' tall and 8 1/2' wide with a floor (the size of an area rug) secured to a metal utility trailer, following Department of Transportation restrictions.  It had to withstand the extremes of jarring travel along a highway, heavy winds and driving rain.

The kitchen Williams envisioned was a small, one-burner stove, small drop-down table that is part of the kitchen counter, an under-counter icebox, bucket composter, and sink that would drain into a bucket and its contents dumped into the garden.

Nearby is a "great" room with a sitting area and heater.

For the bathroom, a compost toilet was chosen.  Showers would be taken at the local gym.

And her bedroom would be an elevated sleeping loft.

Full of doubt about her carpenter skills, she was determined to build her house, no matter what. 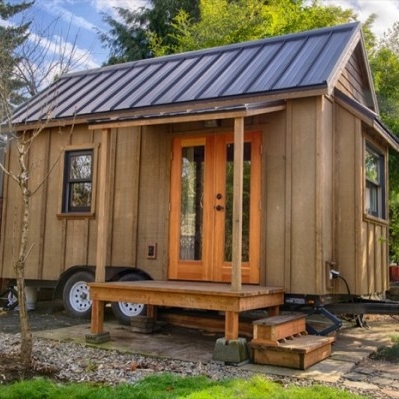 Overall, it took her 3-months, costing $10,000 in building materials and $2,200 for the solar system.  Saving even more money, the place lacked running water and a flushing toilet for the house.

Williams made arrangements with dear friends to park the tiny home on wheels in their backyard in Olympia, Washington.  It would be acceptable by city standards, classifying it as recreational living - formally "live" with her friend's elderly and sick aunt nearby as an occasional caregiver and recreate in her own home.

A model of simple and practical living, "I stumbled into a new sort of "happiness" - one that didn't hinge on always getting what I want, but rather, on wanting what I have...I found a certain bigness in my little house - a sense of largeness, freedom, and happiness that comes when you see there's not place else you'd rather be," expressed Williams. 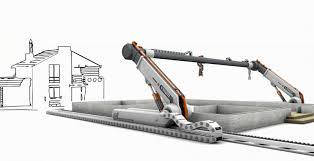 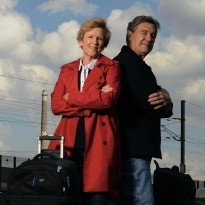 Home Sweet Anywhere: How We Sold Our House, Created a new Life, and See the World 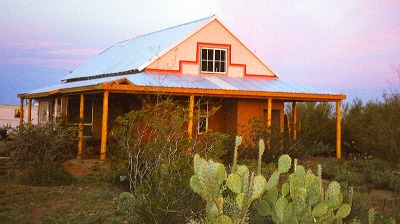 Building a House of Straw