Synopsis: Seeking a new and better life, Ellis Lacey uproots herself from her hometown in Ireland to Brooklyn, New York. She suffers homesickness and falls in love with Tony, a hard-working Italian. When Ellis' sister dies unexpectedly, she returns to Ireland and finds herself caught up in her mother's neediness and a budding romance with Jim Farrell who promises her a life of security and familiarity. Will she choose to return to Tony or be with Jim? It was a lesson in hard-won maturity for Ellis, growing in independence to ultimately interdependence with family, friends and the two men she loves.

Going with the Flow

Ellis Lacey longed for a better future for herself.  She was dissatisfied working for a spiteful shopkeeper named Miss Kelly and the local bachelors were un-appealing at her home town of Enniscorthy in Southeast Ireland.

When you hit a rut in life and you sincerely ask for something bigger, Spirit can respond by setting up the outer conditions for you to move in a forward direction.  You need to let go of any resistance and have absolute trust.  It's all about going with the flow of a fast-moving river that empties into a vast ocean.

For Ellis, it was taking a trans-Atlantic boat ride to begin anew as an immigrant in New York. 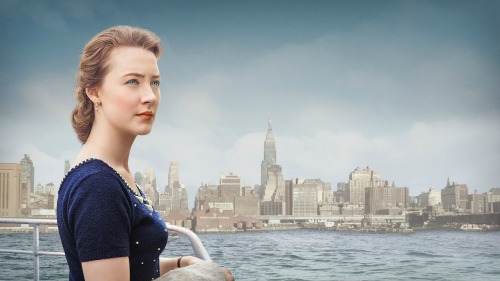 Along the way, Ellis received unsolicited help from various strangers, a fellow passenger on the ship, roommates at the boarding house, and the local Irish pastor.  They each contributed in their own way to make her passage to America and assimilating into the American culture much easier.

Life can bring you a support team.  They may show up on your path unexpectedly.  Even if their personality is different than yours, it's not about getting caught up in the messenger but their message and offerings.  Spirit invests in your growth by sending you just the right people who can impart helpful advice, knowledge, even resources when it's needed the most.

Ellis was struck with the sharp pangs of homesickness.  The first time was from feeling like an outcast in her own homeland of Ireland.  Life for her was too ordinary in a stale and empty sort of way.

She felt it again in the first months of living in Brooklyn, especially from reading the letters sent by her sister, Rose.

Like Ellis, many of us want to find our place in the world.  It's a growing tension inside.  On a Soul level, it's an underlying need to seek union with God (Nature).  We may have responded to the impulse by seeking out a Soul Mate, meaningful work, or the right community, just to create that sense of union.

In the end, Ellis went on a circuitous journey that was transformational.  She followed an unfamiliar path to meet new people who are various facets of herself that lead to discovering her Authentic Self, only to return home, the same place where her True Self resides, which is within. 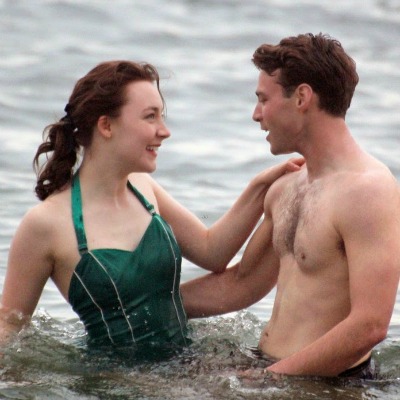 Creating a new life in Brooklyn involved great risk.  Over time, Ellis grew in self-confidence and independence.  It was a hard-won maturity.

As part of any maturation process, you have  to maintain a healthy relationship with your inner child to break away from any dependence to family and operate as a fully functioning, mature adult.

Ellis' feelings of homesickness began to fade after meeting Tony, a hard-working Italian plumber, at an Irish dance hall.  They dated and fell in love.

When Ellis received the tragic news from Father Flood that her sister had died unexpectedly, she made plans to be with her grieving mother in Ireland for a month.

Concerned about their future together, Tony takes Ellis to Staten Island, showing her the five properties he'll eventually buy and develop.  He intends to take good care of her.  They hastily tie the knot in a court ceremony, just before she leaves for Ireland.

Tony represents a well-matched partnership of common goals and purpose that would allow Ellis to thrive.

Family Ties That Bind Us

Once in Ireland, Ellis gets pulled into the trauma-drama of her mother feeling abandoned and needing her.  Keeping her daughter around was a means of having "social security."  She did not respect the growing freedom and individuality in her daughter.  One of her manipulative moves disguised as love was accepting an invitation for Ellis to a wedding, just to keep her in Ireland longer.

Lebanese poet, Khalil Gibran, once wrote in a famous poem, "Your children are not your children.
They are the sons and daughters of Life's longing for itself.
They come through you but not from you,
And though they are with you, yet they belong not to you.
You may give them your love but not your thoughts.
For they have their own thoughts.
You may house their bodies but not their souls,
For their souls dwell in the house of tomorrow, which you cannot visit, not even in your dreams."

Being easily influenced by family ties was a stark reminder of what Ellis still needed to release as part of her maturation process.

Self-help expert, Chuck Spezzano, PH.D., explains that "when we are independent, the feminine within us is wounded and we need to learn how to respond to our own needs...As we heal the masculine and feminine within us, our father and mother are healed." 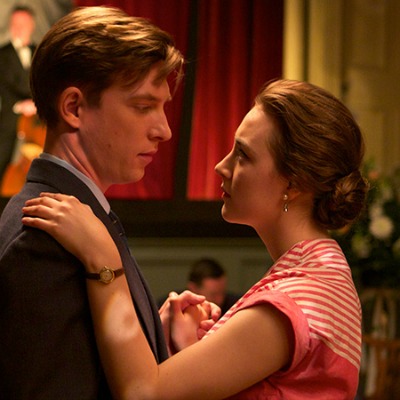 The Pull of Familiarity & Security

The pull on Ellis to keep her in the old groove of familiarity came not only from her mother and best friend, but also in meeting Jim Farrell.

An eligible bachelor, Farrell took a love interest in Ellis.  This created confusion for her because Jim represented the romantic allure of stability, comfort and predictability.

When temptation shows up, it can be a convenient distraction placed on ourselves to delay our growth so we don't have to take the next step.  Should Ellis move towards more risk (through Tony) or security (through Jim)?

If Ellis were brutally honest with herself,  she'd recognize that Jim is the risk-averse type and exceeds him in maturity.  They would be unequally "yoked."  Ellis would only be moving spiritually backwards to later be stuck again for the sake of security.

Going from Independence to Interdependence

Through a nasty confrontation with the spiteful shopkeeper, Miss Kelly, she reveled in knowing about Ellis' secret marriage to an Italian in Brooklyn.  This served as a shocking reminder of why Ellis left Ireland: to escape the small town trappings of everyone being in your business.  It also broke the enchanting spell of false security she placed on herself, quickening her return to Tony.

By being independent, Ellis had attracted people in Ireland who were dependent.  They mirrored back to her that she had unfinished neediness to clear up.

Ultimately, the goal of every relationship is interdependence.  It's the last stage of independence.  According to self-help author, Chuck Spezzano, "Both people are equally balanced in relation to each other, and each has balance with their masculine and feminine energies - natural interdependence." 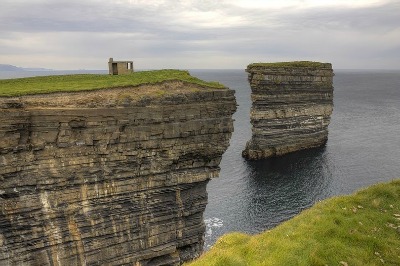 Cultivating Presence in the Heart of Ireland: Story, Song and the Sacred Landscape