Synopsis: Diagnosed with terminal cancer, former Special Forces operative and mercenary Wade Wilson agrees to undergo a rogue experiment, seeking a cure. Instead, the evil Ajax injects him with a serum that mutates his genes under torture to cause rapid physical regeneration and disfigurement.  Wilson takes the alias name of Deadpool to get back at Ajax as a vigilante warrior with a smart mouth.

Through a rogue experiment conducted by the evil Ajax, he mutates the cells of Wade Wilson, accelerating his regenerative healing powers to the point of being invincible. By taking on the alias name of "Deadpool," he gets to live out his new, alter ego self: a vigilante warrior with a twisted sense of humor.

Comic-book superheroes tend to push the boundaries of space, time, energy and power to be harnessed. Many are tortured by their complex feelings.

A precursor to the Superhero culture of today are the ancient mythologies about gods and demi-gods from around the world.

One of the original superheroes that closely resembles Deadpool is Kali, the Hindu Goddess of Destruction. Like him, she is a fierce warrior with the intent of destroying only to recreate. This doesn't make her bad because her bloody deeds of severing bodies done out of wrath are only for the protection of the innocent. Both the goddess Kali and Deadpool blur the lines of good and evil. 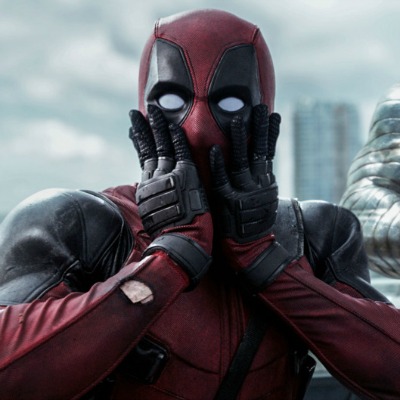 Originally called Merc the Mouth, Deadpool has no filters when it comes to his acidic tongue. He seems to use his biting sarcasm two ways: to psychologically "cut down" the enemy and as a stress reliever to focus his violent actions and intent.

On the positive end, being sarcastic is a sign of higher intelligence because it requires abstract thinking to see the irony of life.

But on the negative end, Deadpool's use of sarcasm to gain laser-sharp focus can actually create internal stress.

Based on the observations of neurofeedback researcher, Les Fehmi, Western culture is addicted to narrow focus, putting our nervous system on long-term, high alert and survival mode, accumulating tension in the body over time. This is when we focus on a few important things as the foreground and diminish all other stimuli, making everything else the background.

A better, more flexible style of attention is what Fehmi calls "Open Focus" that is multi-sensory and diffuse. You are taking in the foreground and background equally and with no distinction. It allows for whole brain synchronization. You can get things done with greater performance, more creativity and very little stress. The practice of Open Focus can even dissolve physical pain. 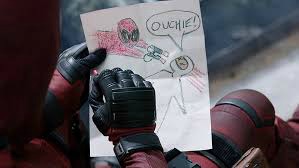 Deadpool made it his mission to get back at Ajax for ruining his pretty face and attempting to kill him.

The disfigurement served as a kind of checks and balances. His recklessness had gone unchecked for too long. Facially deformed, he felt very self-conscious, slowing him down long enough to be on the verge of self-reflection.

As for his over-the-top need for vengeance, Deadpool falls back on three anger styles as defined by expert psychologists, Ron and Pat Potter-Efron.

The first is Shame-Based Anger where criticism can set a person off easily because they're highly sensitive to it and really don't like themselves, so they get rid of their shame by blaming, criticizing and ridiculing. This was obvious whenever Deadpool delivered rapid fire insults.

The second kind is Moral Anger that comes from black-and-white, superior over others thinking. Deadpool has a naughty list. Offenders are punished without guilt for good cause: because they are thought of as bad, evil, and wicked.

And the third kind is Hate. What started out as resentment morphed into hardened anger, then white hot Hate. This intensity makes Deadpool feel alive, so he fights with vigor and enthusiasm out of vengeance.

Deadpool was reckless in love and war. He fell for Vanessa, an escort at a local bar, then left her to avoid possible rejection for having a hideous face.

Just like Peter Pan with Peter Pan Syndrome, he'll stay a boy inside for not wanting to assume responsibility - just remain narcisstic and undependable with an anger problem. So having the super ability of rapid regeneration fits him perfectly. He never has to grow up or grow old. 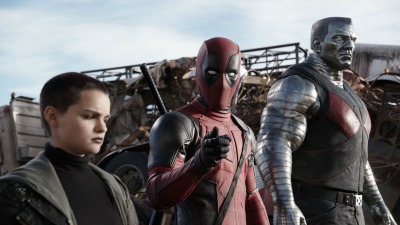 During times of battle, Deadpool's choice of weaponry are two, Japanese katana swords on his back and a pistol. Not surprisingly, they reflect the way he delivers sarcasm: fast and furious. He's hyper-violent with his mouth and hands in an economical way. It's a Zen-like tactical style requiring no-thought because his body is conditioned to the point of reacting without thought. Deadpool's humor keeps his mind from being distracted so he's consumed in the moment. During empty-mindedness, when the mind stops at a single thought, it loses its freedom.

And, like a Ronin Samurai warrior with no master, Deadpool doesn't serve anyone. He wants to live on his own terms and not have to think about the team, which is why he would rather cut off his arm than join the X-Men. 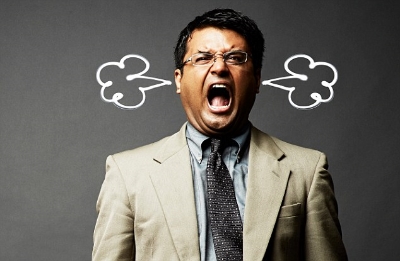 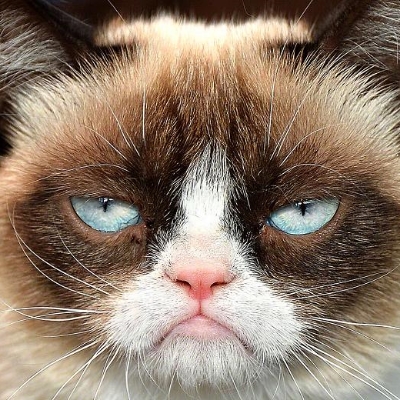