Synopsis: Johnny Utah, a young undercover FBI agent infiltrates a gang of thieves who share a common interest in extreme sports and achieving the Ozaki 8 Challenges for nirvana. Headed by Bodhi, he brings Johnny into the fold of international criminals.

When FBI agent Johnny Utah caught on to the pattern of crimes committed by Bodhi and his followers, he recognized that they were extreme sport athletes and eco-warriors. It wasn't about material gain, but becoming "one" with the Earth.

Johnny was able to join their elite circle after having to prove himself a worthy and fearless, athletic match in France.

Psychologists refer to athletes in extreme sports as Sensation Seekers. They take life and death risks, just for the experience of complex and intense sensations. A form of self-medication, it can distract them from unpleasant feelings to have a "natural high" from a dopamine rush.

A healthier alternative is offered by Lester Levinson, founder of "The Sedona Method." He discovered that a way to release an emotional charge is by feeling the bad feeling, welcoming up more of it, and then become one with the unpleasant emotion. By resisting, it only grows in intensity. Becoming one with your bad feelings can dissolve them on the spot.

The character of Bodhi was appropriately named. It refers to the Buddhist idea of awakening to the nature of the Universe and freedom from the cycle of birth and rebirth.

Being true to his name, Bodhi was a fanatic in following the spiritual ideals of Ono Ozaki to achieve the Ozaki 8 - a series of eight ordeals that would honor the essential forces of the Earth.

Bodhi was so convinced in the rightness of his beliefs that fanatics like him can overwhelm others with their passion. They need to center and ground the flow of high enthusiasm through their body, which can act as a regulator of its intensity. 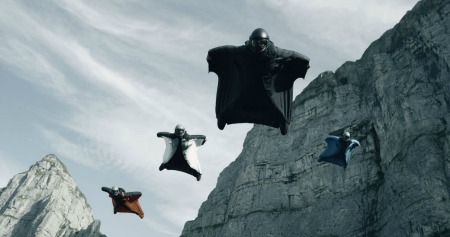 The first of the Ozaki 8 is called "Emerging Force." It was completed by Bodhi and his followers when they stole 10 million karats of diamonds, then escaped by parachuting from a skyscraper.

Taking flight again, their second challenge was called "Birth of Sky." They unloaded a cargo from a plane in mid-air carrying billions of dollars to gift the impoverished locals below in Mexico, then disappear by parachute landing very precisely into the mouth of a large cave to achieve the third challenge, known as "Awakening Earth."

"Life of Water" involved big wave surfing in France during a rare, sea wave phenomenon. It was foiled when Johnny Utah attempted the feat first and crashed, only to be saved by Bodhi.

Next was "The Life of Wind" where they donned wingsuits to fly from a high point in the Swiss Alps and weave their way through narrow mountain passes, going over 145 miles per hour.

"Life of Ice" was the sixth challenge. One of the men lost their life snowboarding down from a treacherous cliff in France.

The seventh was the "Master of Six Lives" that required free climbing with no supports along the steep, Angel Falls in Venezuela, then diving into the waters from the fall's peak to accomplish the final “Act of Ultimate Trust.”

Bodhi believed with full conviction that anyone who completes the Ozaki 8 would be on a direct path to pure bliss and spiritual enlightenment.

Unfortunately, that is not how it works because it's an unsustainable bliss.

don Miguel Ruiz, Jr. of the ancient Toltec philosophy teaches that pure bliss comes from living with a quiet and peaceful mind that is entirely in the moment. It's when the mind and the body are in complete awareness of the experience of life - a pure state of unconditional love for everything and everyone, including ourselves. This is very difficult to achieve from moment-to-moment.

And based on the work of neurofeedback specialist Les Fehmi, he found that by contemplating on the awareness of space between things, silence, nothingness and timelessness, you can quiet your mind within seconds to a few minutes for inner peace. 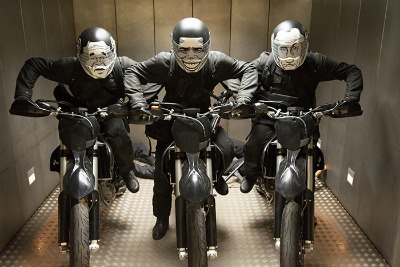 Respect Nature, But Not Human Rights

Was Bodhi a Liberator for social and environmental causes?

By law, Bodhi's group would be criminally charged with Eco-Terrorism. True Liberators use inspiration, not violence. Their crimes against humanity range from stealing and destruction of property to killing. They go against a very basic understanding that your freedom stops where someone else's begins.

It is questionable whether Bodhi and his followers respected Nature. Instead of having humility, they wanted to conquer Nature's elements through extreme sports.

According to Patricia Kaminski and Richard Katz who are internationally renowned experts on Flower Essences, these athletes create an unconscious barrier to having a real experience with Nature. Deep down, they fear the engulfing or annihilating force of their inner feminine, wanting to subdue it. If they were to let go of the fear, theycan operate more from their True Self that includes their more sensitive and gentle qualities for a harmonious relationship with Nature.

Followers of Bodhi were consciously choosing to place themselves in near-death situations for their cause.

Bodhi took a cold and detached attitude whenever a member lost their life. His harsh response goes against what many spiritual masters have taught about the best way to live in this world, which is to be detached in a loving and compassionate way.

As the remaining survivor of his group, Bodhi moved on to complete the Ozaki 8. He patiently waited for another freak wave that was set to occur in Australia. This was Johnny Utah's chance to nab him. Instead of making the arrest, he let Bodhi go ride the big wave to re-attempt the "Life of Water" challenge, knowing that he wouldn't live through it.