Synopsis: "Terminator: Dark Fate" is a sci-fi, action and adventure drama about a dystopian future where a new and more dangerous Terminator with shapeshifting ability called the Rev 9 is teleported back in time to Mexico City.  His mission is to eliminate Dani Ramos, who becomes a future Resistance commander, and her protector, Grace, a cybernetically-enhanced super-warrior from the year 2042.  Sarah Connor arrives in time to thwart the Terminator's efforts.  By believing that you can change your fate, she stopped the rise of Skynet.  When the group meets Carl in Texas, the T-800 that killed Sarah's son John on a beach in Guatamala, they joined forces to stop Rev 9 for humanity's sake in an all -fight against Legion - a corporate-designed, weapon system that became sentient to launch Judgment Day.

Twenty two years after defeating the T-1000 that prevented Skynet's rise to power, Sarah Connor returned as a lone fighter.  Her only son, John, was gunned down on a beach in Guatemala by a T-800 Terminator.

Battle-hardened and ready with explosives, Sarah held back an even deadlier Terminator with shapeshifting ability - the Rev 9 that's on a mission to eliminate Dani Ramos and her protector, a cybernetically-enhanced super-warrior named Grace from the year 2042.

The Rev 9 Terminator with its endoskeleton that projected liquid metal in order to shapeshift is a good example of how technology has been evolving towards carbon with the advent of a new generation of computer chips made from carbon nanotubes that's even faster and more energy-efficient than the silicon-based ones we use today.

Rev 9's ability to shapeshift symbolizes extreme flexibility.  We too have an endoskeleton housing more than one spiritual body that can go beyond our sensory awareness, the mind, even time and space.  He demonstrates this by removing these boundaries to do time travel and mimic anything that's carbon-based in appearance and even personality.

At a motel, Sarah revealed that she would receive encrypted messages providing the exact time and location of any Terminators that arrive.  Her source preferred to remain anonymous - signing off with only the words, "For John."

Within Grace's timeline, Skynet did not exist.  Sarah's attitude was key in making this happen.  She did not believe that we're victims of fate to change it.  By being prepared, Sarah shows that we can all increase our luck when opportunity meets preparedness.

When you don't operate like Sarah within the realm of possibilities, it's similar to being an A.I. in thinking that's very linear, closed-minded and lacking vision.  You're more likely to suffer at the "hands of fate".

Grace was able to trace the encrypted messages to a location in Laredo, Texas.  Traveling by train from Mexico, the Rev 9 intervened so that officials can detain the women at the border with the illegal immigrants.  They barely managed to escape by helicopter.

A train ride represents a predetermined end.  The border is symbolic of our being at the tail end of the Digital Age before crossing into the Robotics Age.  Many will feel out-of-place and left behind, not ready for the technological changes.

Sarah was surprised to find that the coordinates lead them to the home of the T-800 that killed her son.  Going by the name of Carl, he lost his purpose as a Terminator after fulfilling his mission and freed from Skynet, to live among humans and become a family man with a drapery business.

The media for years has portrayed women as either hyper-masculine or hyper-feminine, which is both a gross misrepresentation and creatively irresponsible.  The film's creator, James Cameron, is operating from teenage thinking to believe that adults don't ever evolve beyond these extremes to have a healthy and balanced expression of their masculine and feminine energies.

This women-led film presents them as Martial Souls.  Spiritual teacher and author, Yol Swan, defines Martial Souls as fiery soul types with an extreme ego that wants control and power by militarizing the world at all levels; manipulating people to believe that the only way to freedom is war; and that destruction of nature is necessary. This is a huge departure from how Sarah Connor was originally depicted in 1984 with the first "Terminator" movie as a mother-nurturer who made great sacrifices for her son's survival, but is now driven to hunt down Terminators.

On the flip side, Carl is presented as another extreme by becoming a feminized man to raise a family and run a drapery business.  The irony is that he took on a Germanic name that means "man".

Carl's choice of working with drapes can also relate to how he prefers to create a veil of illusion that covers up his true identity, then "shut the curtains" on his private affairs.

A Call for Ethical Algorithms

Dani came to realize from Grace that she's wanted for being a Resistance commander in the future, inspiring others with her leadership to stop Legion - a corporate-designed, autonomous weapon system that became sentient to launch Judgment Day against humans.

Much of today's technology violates our basic, human rights.  They're encoded for bias, spying, misuse of our personal information, plus other misbehaviors.  Authors Michael Kearns and Aaron Roth of "The Ethical Algorithm" call for a new science of algorithm that have precise definitions of fairness, accuracy, transparency, and ethics embedded within their design.

The rise of Legion shows that even though Sarah was able to stop Skynet,  it made way for another incarnation of an even more advanced technology to manifest at a later time.  This is where God's Will superceded Sarah's personal will so that the collective worldwide can still receive harsh lessons by going through Judgment Day for their spiritual unfoldment.  A similar example is the meteor crash that wiped out dinosaurs worldwide, as divine intent, to allow for humans to rule the planet.

Not comfortable around Carl, Sarah allied with him anyway for Dani's sake.  When their plan to stop the Rev 9 with military-grade EMPs had failed, they were pursued on a plane that crashed into a river nearby a hydro power plant.

The group's last ditch effort was to remove Grace's power core as a weapon against the Terminator, but at the cost of losing her life.

Fighting nearby a turbine, Carl restrained the Rev 9 to shove the device into him.  He let Sarah know that it's "for John" before their neurons got fried in an explosion.

The turbine and Grace's power core represents how we need to draw from the energies of our true, core self, that's powerful enough to break through any robotic responses that can be from petrified feelings, social imprints, even routine behaviors.

As a sentient machine, Carl developed a conscience over time from being around humans that transcended his self-awareness to have other-awareness by becoming benevolent and self-sacrificing for the good of the whole.

Watching Grace as a child at a playground, Dani vowed that she would "never let her die for me again."  All about changing your fate, Sarah encouraged her by saying, "Then you need to be ready." 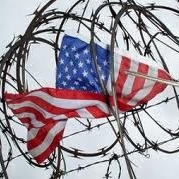 Hidden Meanings Behind the "Ghost in the Shell" Movie (Spoilers)