Synopsis:  "Incredibles 2" is an animated, action and adventure film about the Parrs, a superhero family who must go underground because all Supers are now considered illegal.  For their survival, Helen as Elastigirl accepted a job offer by Winston and Evelyn Deavor of the DevTech corporation to create PR stunts to gain the public's approval so Supers can be legal again.  When Elastigirl is confronted by The Screenslaver, a new villain that has the technology to hypnotize the masses, she fell under his hypnotic spell.  She now needs the help of her family and their friend Frozone to save her.

Due to collateral damage caused by the Incredibles and Frozone working together to stop the Underminer villain from attacking the city with his out-of-control drill, the public and politicians concluded that all superhero activity was not only destructive, but illegal.  The Parrs and Lucius were forced underground.  They needed to be gainfully employed right away because the Superhero Relocation Program was shut down -  their only means of financial support.

The Parr name suggested that the family must live their day-to-day life on par with everyone else that appears average and mediocre because they needed to hide their secret identities.

By doing battle with the Underminer who bore into the Earth, it was a prophetic sign that superheroes will need to go underground before a new direction opens up for them.  As a fellow crime fighter, Frozone's ability to freeze things relates to how the public has grown cold towards superheroes.

Financial help was offered by Winston Deavor, an enthusiastic fan of superheroes, along with his sister Evelyn, the technical genius behind their telecommunications company, DevTech.  They chose Helen as Elastigirl to be a paid advocate for superheroes.  Based on their cost analysis studies, Mr. Incredible was too expensive and messy.  Helen would show off her heroic deeds that are publicity stunts to regain the public's trust in Supers so they can be legal again.

Helen gave up her independent, feminist attitude of breaking into the male-dominated world of Supers to become a homemaker.

Evelyn formed a sisterhood with Helen to prop her up as a feminist superhero to be admired.  The feminist agenda is about wanting power by demonizing and silencing men.

Taking a quote from writer, Meg Adamson, she teaches that "...if we are not careful, we mistakenly unleash our fierceness, calling it feminism, but it is really just angry women unleashing their masculine fathers out into the world as Warriors for retribution.  The Warrior mistakes his sacred purpose as justice."

Helen hesitated to accept the job offer.  To Bob's dismay, his wife would become the sole breadwinner while he takes care of their three kids and all of the household chores.

Elastigirl represented flexibility and Mr. Incredible was about power and taking a hard stance.  Many couples are naturally drawn to each other for inner balance.  For this couple, it required a reversal of their gender roles.

By working for DevTech, Helen became more like her husband - wielding brute strength to apprehend the bad guys.  This gave her the balance of being both strong, yet flexible.

As a stay-at-home parent, Bob was able to drop his usual arrogance and pride to nurture his young family from the heart.  He later learned that strength can come from being vulnerable in front of his kids - a show of emotional flexibility.  It also taught him that being a good and involved parent is really well-rounded heroism.

Elastigirl Gets a Designer Suit

Some of the perks from Helen's new job included a beautiful home for the family to live in, new speed bike, and a designer superhero suit.

Based on the study of Somatotypes, Elastigirl's body shape resembled a pear to reveal a sexy bottom and a petite upper body.  Characteristically, these types tend to be extroverts who are adventuresome - giving off an air of careless, high confidence.

The suit she wore was gray with black mixed in.  Gray is the color of stability for others to take them seriously.  It matched Helen's approach to family and heroic pursuits.  Black added a touch of mystery to her persona.  By wearing a suit made by a fashion designer, it represented that outer appearances ruled over practicality in order to change public perception.  When the suit was slightly torn, it was outer proof that authenticity suited Helen better than her media image that was poorly constructed, easily coming apart at the seams.

As for her hairstyle that's a bob cut, it highlighted that Helen is a go-getter who likes to get to the point in a straight-forward and serious way.

Under Hypnosis by The Screenslaver

Her first win with the public was stopping a newly launched hovertrain that was heading in the wrong direction.  She took quick action to halt it on her own without the train engineer's help.  He was useless from being hypnotically transfixed by The Screenslaver.

The scene was another prophetic encounter with a villain - an early warning that she was the one moving in the wrong direction by doing publicity work for the Deavors and needs to stop it before she gets too caught up in their hypnotic lure of money and fame.

At home, Jack Jack was a handful.  Bob witnessed the full range of his superhero abilities after seeing him in a wild fight with an invasive raccoon outside.

Lucius stopped by to experience Jack Jack go out-of-control like a special needs child.  He would disappear into another dimension and return, demanding more cookies in the form of a red demon with fangs.

Based on the generational studies of Meg Blackburn Losey, she recognizes that there are distinct groups of evolved children on Earth that are born with special gifts.  One of them are "The Star Kids."  According to Losey,  they are physically slim with smaller bodies than most kids, along with bigger heads, small mouths and rounder eyes.  Natural inventors, they lean towards the sciences and technology.  They have a loving nature and are stewards of the planet to the point of being in tune with the activities of Earth (like the coming of storms and earthquakes) that can be "felt" by them.  Star Kids can exhibit telepathic and telekinetic abilities.  They are even aware of other dimensional realities and the beings within them.  Jack Jack is a unique representation of these types.

Feeling too drained from parenting the kids, Bob called on Edna for help.  She kept Jack Jack overnight to observe his gifts as a polymorph and design a specialized suit that would safely keep his seventeen super abilities in check.

Elastigirl discovered that Screenslaver was using TV screens to broadcast images that placed viewers in a trance.  He didn't like that the public are just passive, ravenous consumers in need of protection.  She was able to apprehend him, but too easily.  Removing his mask, Elastigirl was surprised to see that it was just the pizza delivery man under hypnotic manipulation.

Whenever you see a pizza delivery man in a dream, it symbolically means that you may be relaying important messages that you have little to no control of.  This was true about Helen being unknowingly used to subject the masses to mind control.

Winston Deavor organized a party to celebrate Elastigirl's defeat of the Screenslaver, holding up the villain's suit and googles as proof.  He made a promise before the crowd of Supers that they will be legal again.  In an upcoming  summit with delegates from around the world on board his ship, the Everjust, they would all sign an agreement to make it happen.

Helen was uncomfortable at the party, knowing that the Screenslaver was still out there.  Evelyn shared with her that she's disappointed in others for being weak like her brother from relying too much on Supers for their security and preferring a life of ease.  Her father was shot by a burgler while attempting to call on help from Supers, instead of fleeing to a safe room to save himself.  Superheroes, she believed, only made everyone weak.

Currently, there has been a rise in authoritarian rulers voted in by the public around the world.  During times of economic crisis and threats of terrorism, the collective favors a dominant leader that's decisive to give them a sense of security.  They would even put up with a ruler's morally questionable behavior, just to feel safe.

When Helen discovered that the Screenslaver was really Evelyn, goggles were quickly placed over her eyes.  She was rendered powerless from being hypnotized, then kept in a freezing chamber.  Evelyn wanted Elastigirl's help in keeping Supers illegal by sabotaging the summit and staging a catastrophe that would make them look bad before the public.

By taking on the persona of the Screenslaver, this was Evelyn's way of scaring people away for being passive and weak.  Instead of subjugating the masses, Evelyn can encourage interdependence to recognize that we can all lean on each other out of shared strength without anyone needing to sacrifice themselves or compromise their values.  This would create a balanced relationship with Supers.

Evelyn called Mr. Incredible to save his wife, luring him into a trap.  Lucius stayed behind, but was visited by the Supers who were under mind control.  Unable to hold them back with an ice wall, Frozone was forced to wear the goggles.  The kids made a quick getaway in Bob's repossessed car to head for the ship.

The rise of superhero culture is our collective desire for greatness.  We are already whole and great within, but our mind wants  us to believe we're less than that.  By being attracted to supervillains as well, it only reinforces our subconscious beliefs that we're weak to diminish our greatness.  As we keep replaying these thoughts, we put ourselves in a self-induced trance, reinforcing these lies.

The televised summit was underway with the delegates and all of the hypnotized Supers on board.  Jack Jack shows up to rip off his mother's goggles, breaking the trance she was in while Evelyn escaped, taking Winston with her.  Elastigirl foiled her plans by taking down their jet.

Free of the mind control goggles, Mr. Incredible went into superhero mode to steer the ship's rudder from below before it crashed into the city, but couldn't.  Frozone stepped in by freezing the waters for the ship to make a sudden stop.  They were met with cheers from the crowd.

In the end, the Supers gained public approval to be legal again. 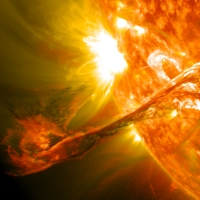